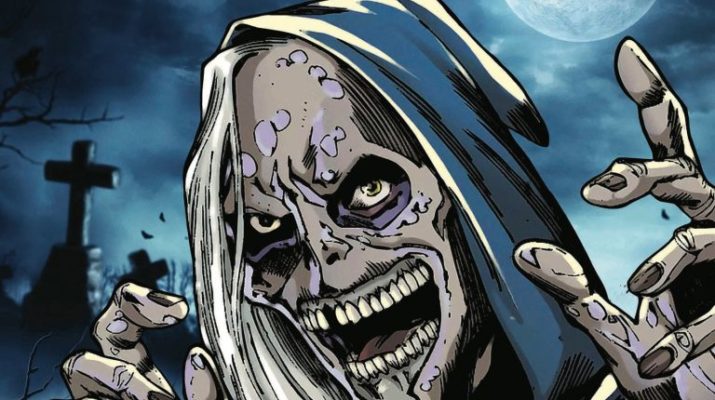 “Creepshow” will scare the creep out of guests when this all-new “Halloween Horror Nights,” maze, inspired by the 1982 cult classic movie and Shudder’s all-original anthology series, debuts as part of Universal Studios Hollywood’s wildly popular nighttime event, kicking off on Friday, September 13.

“I’ve partnered with Universal Studios Hollywood and ‘Halloween Horror Nights’ for years and it’s a thrill to bring ‘Creepshow’ to life for the fans as part of this year’s iconic event,” said Greg Nicotero. “I consider myself honored to have had the opportunity to work alongside George Romero and many other groundbreaking filmmakers who have inspired me. So to be able to create a television show based on the Creepshow movie, and then see it come to life as a ‘Halloween Horror Nights’ maze is a great way to pay tribute to this legendary filmmaker and introduce this incredible anthology series to a fans old and new.” 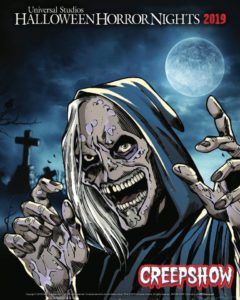 Capturing the essence of the original film that touted, “the most fun you’ll have getting scared,” to Shudder’s assertion that “a new generation of horror has risen from the dead,” the five frightening fables featured in the maze include:

-“Father’s Day” – Years ago Nathan Grantham, the cruel patriarch of the wealthy Grantham family, was murdered by his long-suffering daughter on Father’s Day. Now Nathan’s maggot-infested corpse has risen from the grave to take revenge on his inheritors…and finally claim his Father’s Day cake.
-“The Crate” – An unlucky janitor finds a long-forgotten shipping crate under the stairs of a science hall in a small east coast college. Little does he know, the crate contains a ravenous beast that’s been hibernating for over a hundred years…and it’s just woken up.

-“They’re Creeping Up On You” – Eccentric billionaire Upson Pratt lives in a hermetically sealed “germ proof” penthouse apartment in Manhattan but he still has a bug problem. When a citywide blackout cuts his power, Mr. Pratt’s pest problem is about to get a whole lot worse.

-“Gray Matter” – Ritchie Grenadine, an alcoholic former factory worker, unknowingly ingests a strange mutagen after guzzling a can of cheap beer. Now an alien fungus has taken over his rundown apartment and his body…creating in him an insatiable hunger that can’t be quenched by his favorite ale.

-“Bad Wolf Down” – The surviving members of a decimated American army platoon in the North of France during World War II are holed up in a small village jail awaiting the German army to overwhelm them. The clever lot, however, have an ace up their sleeve that the German’s won’t expect; the men are all werewolves and tonight is a full moon. 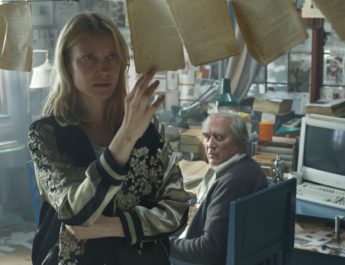 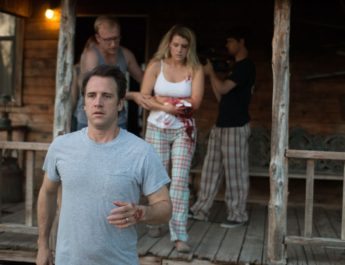