“The action is tense and unnerving.” – Vulture

AMC Networks’ RLJ Entertainment will release Season 1 of the AMC TV series NOS4A2 on October 22, 2019 on DVD and on Blu-ray. Based on the highly acclaimed best-selling novel by Joe Hill (Horns), the horror / thriller television series premiered on AMC on June 6, 2019 as the second-best cable debut of the year. The show stars Zachary Quinto (“American Horror Story”), Ashleigh Cummings (“Miss Fisher’s Murder Mysteries”), Ólafur Darri Ólafsson (“True Detective”), and Ebon Moss-Bachrach (“Girls”). RLJE Films will release NOS4A2: Season 1 on DVD for an SRP of $39.98 and on Blu-ray for an SRP of $44.98.

In NOS4A2, Vic McQueen (Ashleigh Cummings) is a gifted young woman who discovers she has a supernatural ability to find lost things. Charlie Manx (Zachary Quinto) is a supernatural villain who feeds off the souls of children and then deposits what remains of them into Christmasland — a twisted place of Manx’s imagination where every day is Christmas Day and unhappiness is against the law. Vic strives to defeat Manx and rescue his victims — without losing her mind or falling victim to him herself.

NOS4A2: Season 1 DVD and Blu-ray include the following bonus features:

· A Look at the Series

· Joe Hill on the Themes and Inspirations of NOS4A2

AMC is home to some of the most popular and acclaimed programs on television. AMC was the first basic cable network to ever win the Emmy® Award for Outstanding Drama Series with Mad Men in 2008, which then went on to win the coveted award four years in a row, before Breaking Bad won it in 2013 and 2014. The network’s series The Walking Dead is the highest-rated series in cable history. AMC’s other current original drama series include Better Call Saul, Fear the Walking Dead, The Terror, Into the Badlands, Preacher, The Son, Lodge 49, The Little Drummer Girl andNOS4A2. AMC also explores authentic worlds and discussion with original shows like Talking Dead, AMC Visionaries and Ride with Norman Reedus. AMC is owned and operated by AMC Networks Inc. and its sister networks include IFC, SundanceTV, BBC America and WE tv. AMC is available across all platforms, including on-air, online, on demand and mobile. 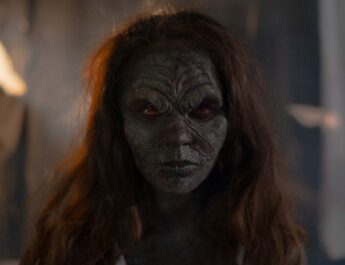 Filipino Fantasy-Horror Film “The Monsters Without” Premieres at LAAPFF