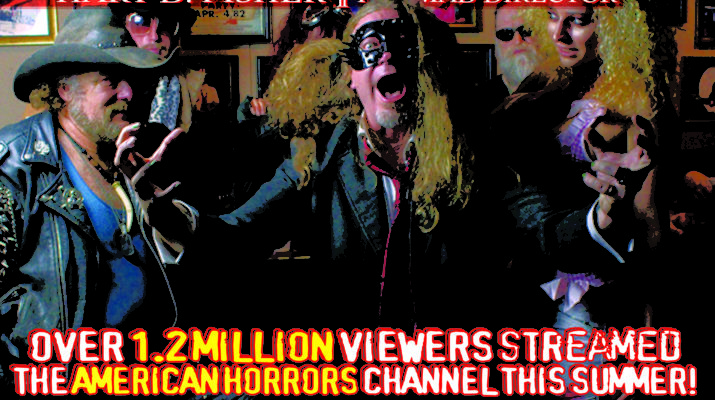 DURING THE SUMMER OF 2019 UPSTART HORROR CULTURE CHANNEL, AMERICAN HORRORS SHATTERS ALL OF ITS VIEWERSHIP RECORDS WHILE THE COMPETITION DIES! 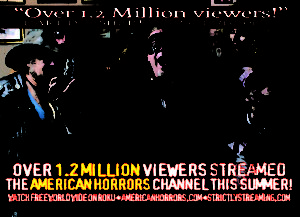 Legendary horror creator, Hart D. Fisher, is proud to announce that his 24/7 linear streaming horror culture channel, American Horrors, has surpassed all previous viewership records, with over 1.2 Million ISP’s streaming the rebel horror channel through out the summer of 2019.

“Horror is a very unique and personal genre,” said American Horrors head of programming Hart D. Fisher. “with the passing of corporate cable horror networks, Fearnet and Chiller, American Horrors has risen to the top of the horror food chain to entertain horror fans around the world with over looked horror feature film gems from the VHS age of horror, to original creator owned horror shows like Gorecast or Michael Pickles Horror Show and the up coming horror variety show, Groovey TV.”

American Horrors has been streaming 24/7 since October 2nd, 2011, when it was originally launched on billionaire, Alki David’s Filmon.com selection of online streaming channels, in direct competition with the American central Hulu online streaming service, and has gone on to be the pre-eminent American independent horror channel, lead by 1st Amendment champion, Hart D. Fisher. 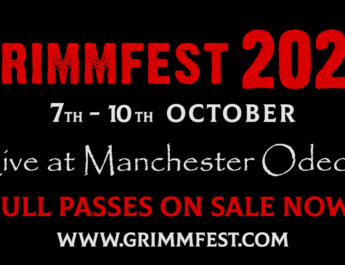 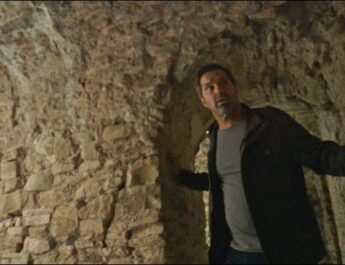