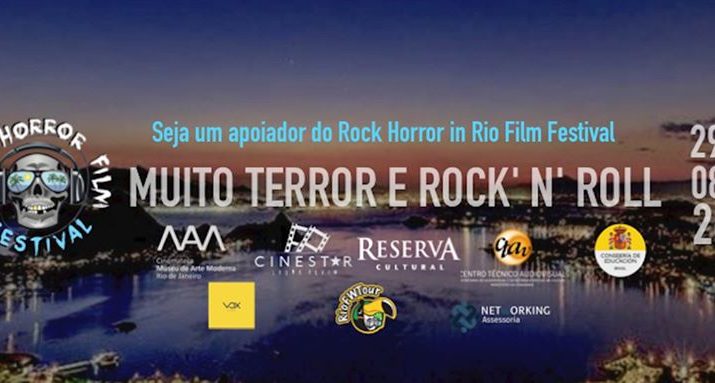 The Rock Horror in Rio Film Festival announces the dates and venues of the 2019 edition that brings an electrifying selection of 53 films from 12 countries in the genres horror, suspense, fantasy, sci-fi and animation. It will be 10 days of fun, cinema, rock, and a lot of screaming between November 29th and December 8th in three cinemas in Rio de Janeiro, the CineStar in the Casa da Cultura Laura Alvim in Ipanema, the Cinemateca do MAM in the Modern Art Museum in Flamengo and in Niterói at the Reserva Cultural. 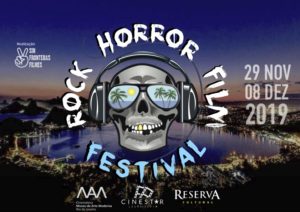 The selection is divided in 5 categories: Sinister Features, Bizarre Shorts, Haunted Brazil, Macabre Shorts and Pills of Fear. The complete selection with photos, trailers and information about each film can be seen at the event website. Some highlights this year are the features: “Ambition”, a thriller directed by Bob Shaye, the producer of “Nightmare in Elm Street”, “The Mask”, “Ninjas Turtles”, “The Lord of the Rings” and many others; “Chimera” from the Arab Emirates starring Heny Ian Cusick (“Lost” and “The 100”) and the Oscar nominee for Best Supporting Actress Kathleen Quinlan (“Apolo 13”) by Maurice Haeems, the Spanish “Rocambola” starring Juan Diego Botto (“Suicide Squad 2”) and Jan Cornett (“The Skin I Live In”) by Juanra Fernández and the british suspense “Beneath the Trees” starring Sarah Bradnum by Marco de Luca, these last two directors may be at festival presenting their films.

Among the featurettes are, “Murder House” directed by the team of American best-seller authors of the horror novel “Widow’s Point”, Billy and Richard Chizmar; the fantastic cinema of fabulous monsters of “Kiss the Devil in the Dark”, by another team of directors, Jonathan and Rebecca Martin, who had Honorable Mention at the 2018 edition for “Creatures of Whitechapel”; the teen suspense “The Escape Room” by the American director Bessy Adut; and the Dutch “De Blawe Maagd” (“The Blue Virgin”) that mixes period fantasy and war; and the French presence imposes itself with original films with more of a sci-fi flair in “Atomic Ed” and “Le Bruit de la Lumière”.

The extremely varied selection of the Macabre Shots brings since the rereading of classic horror monsters like werewolves, vampires, mummies and witches with the Spanish “Lobisome” and “Amancio, El Vampiro del Pueblo”, and the Americans “Night Crawl” and “The Devil’s Fire” to thrillers with a more modern approach like “Marta”, “Wicken”, “I am Full”, “Look Twice” and “The Assassin’s Apprentice”.

Among the Brazilians, the animations bring a bit of color and a breath of relief amidst so much adrenaline with the shorts “11010” and “A Thousand Kisses”; “É você, Albano?” and “A Caixa” bring a touch of a more intimate suspense to the Brazilian selection, while, the fantasy and the dystopian predominate in “A Ressurreição de Lázaro” and “O Outro Lado”; in the “Vale da Lua: O Mito de Anhangá”, a mix of fantasy with folklore brings suspense and beautiful images for the Brazilian selection.

The eclectic selection of Pills of Fear brings micro shorts, video clips and experimental films that will give a touch of grace or fear to the sessions that are composed by films from various categories. Among the pills, we have the Spanish period short “Semillas, Un Poema Sobre La Vida”; the Iranian “With Me” by the first time director Azadeh Ghochagh, the sci-fi experimental “Kokosmos” by the Russian photographer Anna Radchenko and the music videos “Thirsty Eyes” from Austria and the slasher “U.S. Butcher” by the Russian VFX expert Aleksey Smirnov.

The Rock Horror in Rio has the institutional support of the CTAV – Centro Técnico Audiovisual that will offer an additional prize of equipment loaning for the shooting of a short the winner of the category Haunted Brasil, and the Embassy of Spain in Brazil will offer a Master class in Spanish during the festival, given by representatives from the Consejería de Educación with the screening of a sci-fi short from their collection.

Aside from the film sessions, the festival will also have additional events such as: round tables, cinema meetings, happy hour, thematic tour and rock nights that will soon be announced, as well as the film program that will also be available in the festival app. 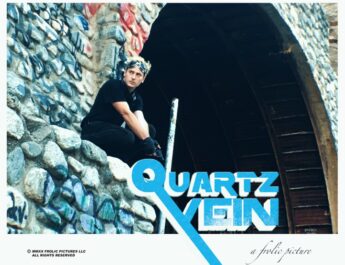 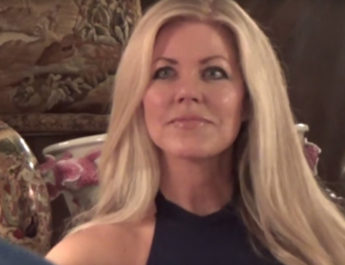