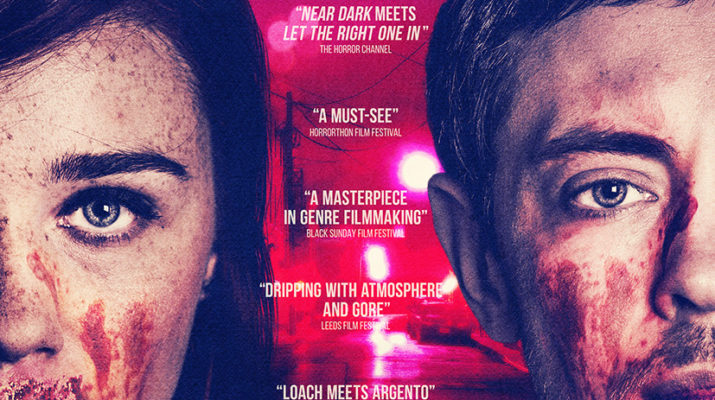 Feature film HABIT, directed by Grimmfest head honcho, Simeon Halligan has its UK terrestrial TV premiere this Friday (Valentine’s day) on the Horror Channel and will then be available on their catch-up service Horror Bites. 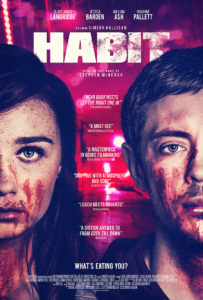 Produced and set in Manchester UK, HABIT had its UK premiere at Grimmfest in Manchester and then toured film festivals around the World, winning best film and best screenplay awards at The New York City Horror Film festival. The film gained a limited UK release through Everyman cinemas before hitting Sky movies.

Based on the cult novel by Stephen McGeagh, HABIT focuses on Michael, who lives on the edge, eking out an existence, through dole money, booze, drugs and nights out in Manchester. But then he is introduced to a bizarre cult that exists just under the surface of the city and he’s slowly initiated into the group and discovers their horrific dark secrets of which he, reluctantly becomes part of.

HABIT stars Elliot Langridge (Northern Soul, Killers Anonymous) as Michael and Jessica Barden (The End of the F***king World) as Lee, the character who introduces him to the secret cult. Other roles are filled with a wonderful array of talented northern actors, including Sally Carman (Coronation Street), William Ash (Waterloo Road), Louis Emerick (Zapped), Roxanne Pallett (Emmerdale), Andy Ellis (This is England) and Joanne Mitchell (Attack of the Adult Babies).

Director Simeon Halligan says: “The combination of gritty realism and dark fantasy; set within a very recognisable Manchester, really appealed to me. HABIT takes a city that many people know and then flips it on its head, dropping the viewer into a bloody horror story.”

HABIT has been described as a neon tinged modern day Noir, with much of the action taking place on the moody back streets of the Northern Quarter area of Manchester.

People who know Manchester will be able to spot many of the locations used in the film, including bars, ‘The Pen and Pencil’, ‘El Capo’, ‘Hold Fast’, streets like Dale Street, Paton Street, Mangle Street and Back Piccadilly in the Northern Quarter and other locations like Piccadilly Gardens, The famous city trams, The Mancunian way, Victoria Station and many more.

Simeon went onto say: “There hasn’t really been a horror movie set in Manchester since THE LIVING DEAD AT THE MANCHESER MORGUE and that was made in 1973, so, I guess HABIT is quite unique. If you know Manchester, you might get a kick out of recognising not only the places pictured in the film but also the attitude of the characters. It’s a cinematic celebration of Manchester and I’m proud that HABIT combines my love of Manchester with my love of horror”. 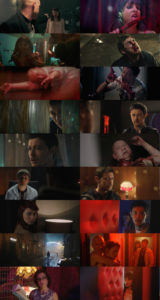 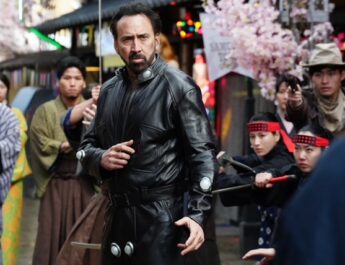