“S. Craig Zahler is certain to become one of the great imaginers of our time.”
—Clive Barker 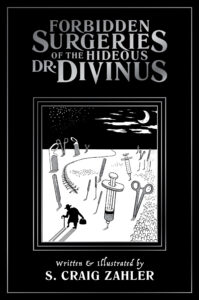 During his forty-fifth year of life, “A singular voice in cinema,” (Movies in Focus) and “One of genre’s most exciting filmmakers” (Indiewire) decided to make a comic book.
After the release of three startling, award-winning movies that have played around the world, S. Craig Zahler wanted to return to his first artistic passion— illustration. With tools that he had developed as a director, screenwriter, cinematographer, novelist, and songwriter, he committed himself to writing, drawing, inking, and lettering his graphic novel debut, a full-length work entitled, Forbidden Surgeries of the Hideous Dr. Divinus.

This sprawling tale of noir horror begins in the coastal city of New Bastion. Homeless people are disappearing from the streets, and occasionally, a dismantled corpse turns up in a dumpster. These crimes are left alone, until the day a comatose woman named Lillian Driscoll is kidnapped from the hospital. Her brothers—a grumpy detective named Leo and a slick mobster named Tommy— seek answers that lead them to darkness, arcane medicine, and pain.

Fans of Bone Tomahawk (recently named best film of the decade by Conan O’Brien) will enjoy Zahler’s return to the supernatural, and the idiosyncratic, tough guy dialogue found in his crime pictures Dragged Across Concrete and Brawl in Cell Block 99 (both of which premiered at the Venice Film Festival) is also present in this starkly rendered, black-and-white graphic novel, a stylistic confluence of pre-code horror, vintage comic strip, and modern indie art styles.

Review copies of Forbidden Surgeries of the Hideous Dr. Divinus available by request.

“With DR. DIVINUS, Zahler arrives as a cartoonist fully formed. It’s as if he’s been doing this for twenty years. But it’s only with this graphic novel, his first, that Zahler has turned his considerable creative talents toward comics. As a medium, comics should feel blessed.”
–Benjamin Marra (Terror Assaulter, Night Business)

“Zahler conjures the spirit of EC and weird visionary outlier comics but with way more story structure and momentum than those comics ever have. Comics is lucky to have his contribution to our medium!”
–Dash Shaw (Bodyworld, Bottomless Belly Button)

“S. Craig Zahler brings the same furious energy to his first graphic novel that he does to his music, movies and novels. Forbidden Surgeries of The Hideous Dr. Divinus is a deliberately paced weird horror story with punctuations of cruelty and uncomfortable hilarity.”
–Josh Simmons (The Furry Trap, Black River)

“Zahler has produced something otherworldly … with hints of those classic 80’s underground B&W outlaw comics that we all love so much. This is something different and unexpected and I would highly recommend it!
–Jim Mahfood (Grrl Scouts, Tank Girl, Into The Spider-Verse) 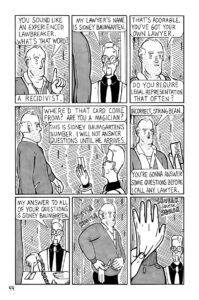 Novelist, Director, Screenwriter, Songwriter, and Drummer S. Craig Zahler was born in Florida and lives in New York. His debut western novel, A Congregation of Jackals, was nominated for both the Peacemaker and the Spur awards. His 2014 crime novel Mean Business on North Ganson Street received starred reviews for excellence in Booklist who said the book was “bizarrely mean…mordantly funny…and not to be missed,” while Kirkus review called it “a gripping story.” His science fiction novel, Corpus Chrome, Inc. was praised by sci-fi grandmaster Larry Niven and called, “a bravura literary performance,” by Booklist. His sixth novel, a nasty crime piece entitled, The Slanted Gutter, will be published in 2020.

Zahler wrote and directed (and co-composed the score for) the 2015 film Bone Tomahawk, an Independent Spirit Award nominated picture for Best Screenplay, starring Kurt Russell. Zahler more recently wrote and directed Brawl in Cell Block 99, starring Vince Vaughn, Jennifer Carpenter, and Don Johnson, which premiered at the Venice Film Festival and went on to be a New York Times Critic’s Pick. Both movies were added to the permanent collection of the Museum of Modern Art.

Zahler’s third movie was Dragged Across Concrete, a crime picture that stars Vince Vaughn, Mel Gibson, and Tory Kittles. “Puts you on the edge of your seat,” (RogerEbert.com); “An idiosyncratic cop movie masterstroke,” (Birth.Movies.Death)

After the release of this third motion picture, Zahler created Forbidden Surgeries of the Hideous Dr. Divinus. 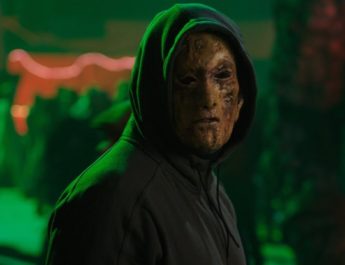