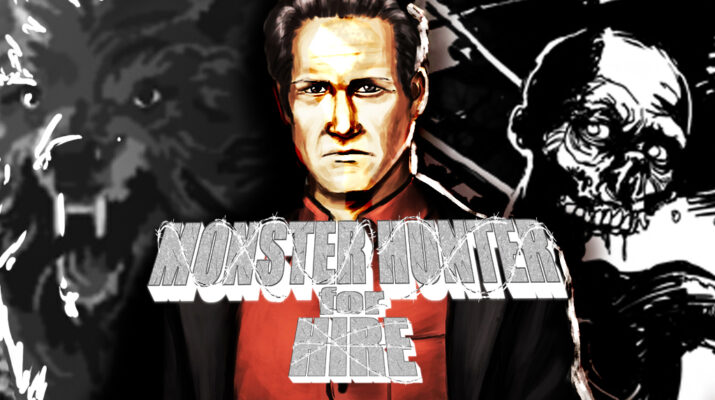 Matt Schorr – last featured here for his high seas terror tale about a zombie whale – is back with a new kind of monster-hunting hero, the kind who hates his job.
“Monster Hunter for Hire is all about the offbeat adventures of Tommy, a guy who’s hunted monsters most of his life and hated every minute of it,” Matt explained. “The trouble is, he just doesn’t know how to do anything else.”
He describes his new hero, Tommy, as a cross between Ash Williams from Evil Dead and Al Bundy from Married With Children. For Tommy, hunting monsters isn’t exciting or scary, it’s an absolute pain.
To launch this new, offbeat comic, Matt’s returning to Kickstarter with an all-new campaign, with all-new rewards.

Monster anthology
Monster Hunter for Hire is an anthology comic. It includes three stories pitting Tommy against the macabre and the monstrous, and each story features its own artist:
-Joe Bilicic – owner and operator of Brave New Garage Studio, a one-man art house in Florida, and a longtime collaborator with Matt on another horror comic, Moby Dick: Back from the Deep
-Alex Garcia – illustrator, graphic designer and freelance artist from Mexico City, whose past work covers all genres, including the independent superhero comic, Guardians
-Alex Green – British comic artist and illustrator whose work also covers multiple genres over roughly five years
Matt’s Kickstarter campaign launches at noon on November 3, and will last 30 days. A direct link to the Kickstarter page is below:
https://www.kickstarter.com/projects/mattschorr/monster-hunter-for-hire

Inspiration
“I can never get away from monsters,” Matt said with a grin, when describing what inspires his stories.
He recalled childhood nights spent in front of the television watching late night horror hosts Elvira and Joe Bob Briggs and monstrous icons like Dracula, the Wolfman and Freddy Krueger.
“Most kids had sports heroes,” he said. “I had Jason Voorhees and Michael Myers.”
As he grew older, that love of all things spooky carried over into novels by horror luminaries like Joe R. Lansdale, H.P. Lovecraft and, of course, Stephen King. It even influenced his comic book reading habits, as Superman and Green Arrow were soon joined by Hellboy and John Constantine.
“So of course, that influenced what I want to write,” Matt said. “I want to see monsters on TV. I want to read about them in books. I’m sure no one is surprised I want to write about them, too.”

Honing his craft
Matt first honed his skills as a writer while working with the Mayfield Messenger. While there was never breaking news about world-weary monster hunters, he began developing his craft for the first time at a Messenger desk.
“There’s no teacher like experience,” Matt recalled of his time at the local paper. “You can only learn so much in classes. As valuable as that is, as important as that is, nothing prepares you for professional writing like writing professionally. For me, that was crime reports, courtroom drama, local politics and the occasional theater review for the Purchase Players.
“Those reviews were always my favorite.”

Still writing
Writing remains the centerpiece of Matt’s career. He currently works with the Meharry-Vanderbilt Alliance – an office combining the resources of Vanderbilt University Medical Center and Meharry Medical College for various research projects – as Communications Specialist. In that role, he pens press releases, announcements and promotions about the Alliance’s ongoing efforts to improve health in the community.
At the same time, he contributes a weekly humor column to the Leaf-Chronicle newspaper. Titled The Hard Way, it relays the ongoing trials and tribulations of a new father with two little ones, and the seemingly endless ways he manages to fall on his face as he tries to figure out what in the world he’s doing.

View the Chilling New Trailer for THE DARKNESS OF THE ROAD 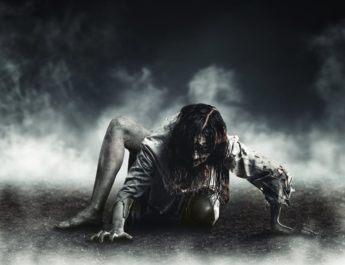