With everyone falling in love with H.P. Lovecraft this Autumn, SelfMadeHero is celebrating three of the master of horror’s favourite tales with I.N.J. Culbard’s popular adaptations along with Robert W. Chambers cult novel, The King In Yellow in new pocked-sized paperback editions for its Weird Fiction Library range. All four volumes have new cover art and forewords. RRP £9.99 each. Publication date: 2 November 2020. 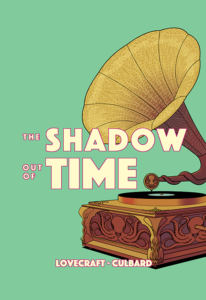 WEIRD FICTION TITLES The Shadow Out of Time (ISBN 978191059396/ 120pp) Miskatonic University, Arkham, 1908. Professor Nathaniel Peaslee collapses in front of a class of students, only coming to his senses five years later. Horrified to discover that his body has been far from inactive during the intervening period—and plagued by unsettling and outlandish nightmares—Peaslee attempts to piece together the truth behind the missing years of his life. A chilling journey through time, space, and the recesses of the mind finding terrifying form in this adaptation to one of his final tales. With a foreword by Jeff Lemire. 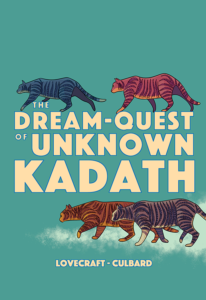 The Dream-Quest of Unknown Kadath (ISBN 9781910593974/ 144pp) Obsessed with revisiting the sunset city of his dreams, Randolph Carter leaves the humdrum confines of reality behind, traveling into a vivid dreamworld where anything is possible. But while Carter draws closer to his goal—the mysterious Kadath, home to the gods themselves—another force, dark and brooding, is watching with plans of its own. An epic fantasy mixing adventure, peril, and wonder in equal parts, The Dream-Quest of Unknown Kadath explores themes of memory and forbidden knowledge. With a foreword by Jeff Lemire. 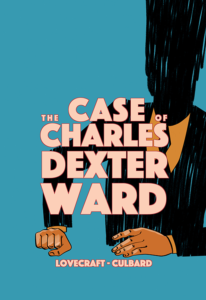 The Case of Charles Dexter Ward (ISBN: 9781910593950/120pp) Providence, Rhode Island, 1928. A dangerous inmate disappears from a private hospital for the insane, his method of escape baffling the authorities. Only the patient’s final visitor, family physician Dr. Marinus Bicknell Willett—himself a piece of the puzzle—holds the key to unlocking The Case of Charles Dexter Ward. A macabre mixture of historical investigation, grave-robbing, and bone-chilling revelation. With a foreword by Jeff Lemire.

The King in Yellow (ISBN: 9781910593943/ 144pp) The King in Yellow: a play that brings madness to all who read it. Irresistible and insidious, it lures the reader with its innocence and dooms them with its corruption. In a series of interlinked stories, Robert W. Chambers’ classic work of weird fiction shows the creeping spread of the play’s macabre touch. A deft and unsettling adaptation that breathes life into this influential masterpiece. With a foreword by Dan Abnett.

About the Writer/ Artist I.N.J. Culbard is an award-winning artist and writer.

Early collaborations with writer Ian Edginton on adaptations for SelfMadeHero (The Picture of Dorian Gray, The Hound of the Baskervilles, A Study in Scarlet, The Sign of the Four and The Valley of Fear) led on to their subsequent series Brass Sun for 2000 AD. He has also worked with Dan Abnett on original series including The New Deadwardians (Vertigo), Dark Ages (Dark Horse Comics), Wild’s End (Boom Studios) and Brink (2000 AD). Other recent projects include Everything, written by Christopher Cantwell (Berger Books) and You Look Like Death, written by Gerard Way and Shaun Simon (Dark Horse).

Culbard has produced a number of his own adaptations for SelfMadeHero, H.P. Lovecraft stories. Other work includes Deadbeats (with Chris Lackey and Chad Fifer) and his first solo original graphic novel, Celeste. 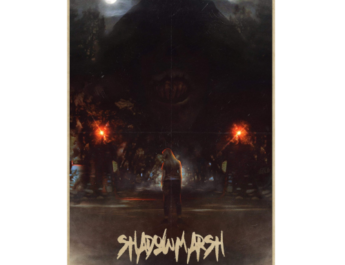 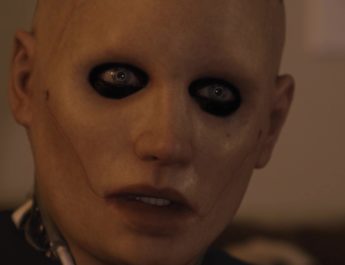 New Clip from “The Alpha Test” 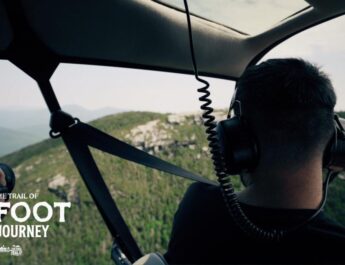 Small Town Monsters Goes ON THE TRAIL OF BIGFOOT: THE JOURNEY June 8th on Digital