The Shudder Original series The Last Drive-In continues its tradition of twisting beloved holidays with its first-ever Valentine’s Day special, Joe Bob Put a Spell on You. The special debuts on Friday, February 12th live on the Shudder TV feed at 9:00 p.m ET. Fans can also watch on demand on Shudder and AMC+ beginning Sunday, February 14th.

Get ready to sidestep cupid’s arrow, devour your pity chocolate, and discover the horror of Valentine’s Day with the world’s foremost drive-in movie-critic-turned-love-guru Joe Bob Briggs. Joe Bob, Darcy, and special guest Anna Biller (Viva, The Love Witch) will explore the lost art of romantic necromancy with a double-feature all about love, lust, and gore guaranteed to boost your heart rate!

As Joe Bob puts it, “We found a holiday we haven’t ruined yet. There’s a remarkable amount of horror fare centered around the hearts-and-flowers season. Plus Anna Biller may be the world’s foremost authority on the difference between what men mean when they talk about love and what women mean when they talk about love. There are dark aspects to Valentine’s Day, and we found all of them!”

On The Last Drive-In, Briggs, hosts eclectic horror movie double features, expounding upon their merits, histories and significance to genre cinema. Shudder and Briggs first teamed up in July 2018, for the 24-hour marathon intended to be Briggs’ final farewell to televised movie hosting. Due to overwhelming popular demand, Shudder brought The Last Drive-In back as a weekly series and for multiple holiday specials. A third season has been announced, premiering in 2021.

AMC Networks’ Shudder is a premium streaming video service, super-serving members with the best selection in genre entertainment, covering horror, thrillers and the supernatural. Shudder’s expanding library of film, TV series, and originals is available on most streaming devices in the US, Canada, the UK, Ireland and Germany. New members can enjoy 30-days free with the promo code SHUTIN when signing up at Shudder.com. 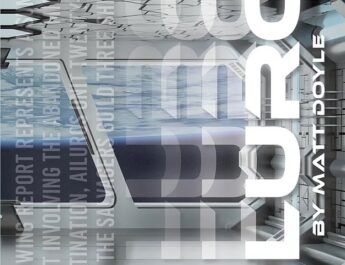