A new teaser trailer has now been released for Will Metheringham’s highly anticipated Creeps at the Gym.

You can watch the trailer here: https://youtu.be/vRKCYT942OA

Creeps At The Gym is an ambitious project to create a fun thrilled, nostalgic, horror film, set amongst the neon lights of the 80s (the decade of video nasties. wild hair and synthesizers solos)

Writer-Director Will Metheringham had the following to say about the film: This will be the first full-length feature film I will be directing independently, and a chance for me to deliver a movie that truly captures the atmosphere of the 80s without holding back or compromising and boasting a host of new talent as well as scream queens from past decades. The vision of this film will sit perfectly alongside classics such as Friday The 13th, Slumber Party Massacre and The Fog.

The film is basically a play on Horror cliches and a battle of the sexes.

It has a serious undertone, but it is a fun story.

At this moment in time we are still looking for investment. 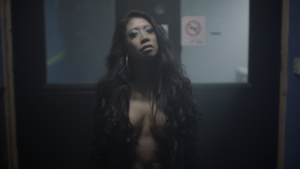 THE SOUNDTRACK AND SONGS

In Will’s own words:  Music has always been a big part of my life and I have tried to get the actors involved. I am proud to say that Sandy Johnson has recorded a song which I specifically created for her, which will play a part in the movie.

Anglika Morus and Dani Thompson both have songs that will feature on the soundtrack.

Will Metheringham – composer, writer and artistic director of Pumpkins, Bite Night and most recently he composed the music for Bad Moon Rising. Will has created music and short films since college. 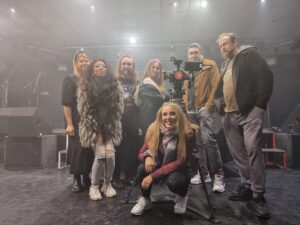 Linzi Drew-Honey (An American Werewolf in London, The Lair of the White Worm)

Chrissie Wunna (Dinosaur Hotel and Naked, Alone and Trying to Get Home)