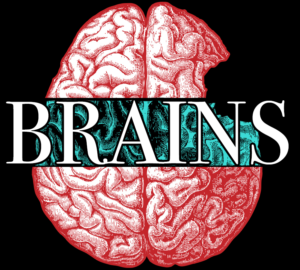 Brooklyn, NY ­ In September 2015, Undead Burrito Productions released the first ten episode season of its original web series Brains.The series follows college neuropsychology student Alison Sumner as she navigates the dating world post­zombie apocalypse. The season ended on a cliffhanger, and now the team is back together for season 2, to be released on September 19th, 2016.

Bri Castellini returns as Alison Sumner, and welcomes back Marshall Taylor Thurman as Damian, Masha Danilenko as Greta, and Kmur Hardeman as Professor Heather Sherman, as well as a number of other familiar supporting castmates. Colin Hinckley replaces Connor Bowen as Carl, the zombie best friend, in season 2, and is joined by new main cast members Jean Perez as Ben and Andrew Williams as Edgar. Production began April 9th in Brooklyn and wrapped June 26th.

Season 2 promises to bring all the same fun and heart as season 1, with dark new twists and tons of new zombies. The new season will still be comprised of 10 main episodes between 5­8 minutes long, with an accompanying 10 “minisodes” about 60 seconds long to be released in between each main episode. This season also promises to delve more deeply into the relationships of the characters, and the toll the apocalypse has taken on the students and staff. And, of course, it promises many more classic shambling zombies. 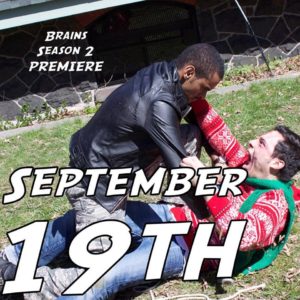 Season 1 was the official selection in twelve film festivals, including The Online Film Festival and LA Cinefest, and three episodes have been screened with Short Films at Lovecraft in New York City. You can catch up now on www.BrainsWebseries.com , and find a teaser trailer for the new season there as well.

“Brains” is an original web series set after a three year zombie apocalypse on a college campus. 23­year­old Alison Sumner is a neuropsychology student with a zombie (Carl Markham) as a best friend, who spends her time doing research about the zombie plague and crushing on a fellow student (Damian Phillips). Alison “vlogs” her quest to seduce her crush as an independent study art project, as well as her life post apocalypse.

For more information or questions, visit our official website:
www.brainswebseries.com