Richard Kelly, is a creative writer and graphic novelist. He’s worked on independent film projects and published a number of graphic novels including…

The BEAST-a sci-fi horror-is set in a future where on a cargo ship, sentient robots are in command of human civilians who are treated like cattle.

Soon their superiority is put to the test when a space Beast is brought on board-eventually leading to a confrontation with a robot, ironically called BEAST 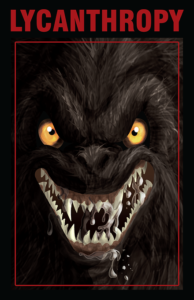 Set in Victorian London, as four werewolves escape from London on a ship bound for the States.

In the Wild West a wagon train is encamped for the night but is soon attacked by werewolves, two survivors escape to hold up in a fort run by union soldiers guarding confederates soldiers from the civil war. Also hiding in the fort are six train robbers. However, once four bounty hunters show up in the fort mayhem begins as it is a full moon.

The union captain for the fort and his soldiers join forces with the confederates as the train robbers look for SILVER anywhere to repel the werewolves. The two wagon train survivors fight for their very lives along with other people in the fort. 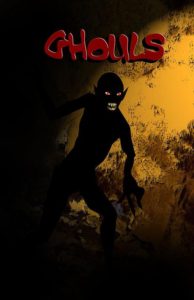 This graphic novel is inspired by the real events of a colony that went missing while the British were trying to colonize America.

The colony in ROANOKE, VIRGINIA, left no trace but one word – CROATON – carved into a tree.

In the modern day, a town celebrating its heritage in Virginia finds out the root cause of the disappearence.

Carnivourous ghouls who burrow from their dwelling beneath the ground attack the funfair as the townsfolk fight for their very lives.

After great success with these graphic novels, Richard is ready to turn one of his latest novels into a new and exciting horror film…

“The Inquisitor” will take place in 1808, and be filmed in Spain. 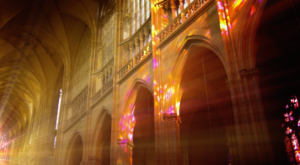 Gypsies Alfred Pallino and his two daughters, Gina and Maria, with friend Teresa Dalini travel from camp to the next town to hear the church sermon of the Archbishop Francesco, during the Napoleonic war. As Alfred Pallino leaves the three girls in charge of the cart and in selling their wares, they are kidnapped and taken to the cell of the church. Once in the cell, they become aware of a female prisoner in the cell next to them. This prisoner escapes by killing a guard and frees them all. The three girls run through dark corridors to find a way of escaping the church and avoid Helene. Helene kills many more in a blood thirsty rampage through the church and the Archbishop Francesco orders the guards to find her. As the girls try to escape both Helene and the guards, what will happen when all three parties catch up with each other and the body count rises?

Check out this preview of what’s to come, and a closer look at the graphic novel…

In order to turn this novel into a film, they’re going to need the support of horror fans like you! Please click the pic and help make this film happen!

-Receive a copy of the DVD

-A poster and T-shirt

–2 tickets to the Premier of The Inquisitor

Or how about your chance to have a…

–Speaking part in the film 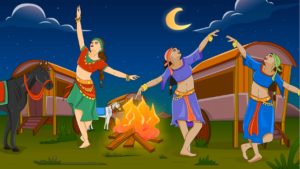 Please visit “The Inquisitor” on Kickstarter for more information such as…

-More details on the production plans

-A closer look at where the film will be shot

-All the information about the available campaign perks

For more information about Richard, and his graphic novels, please visit:

You can also support the campaign be following on Twitter!