“This book is twisted. It’s weird and one of the darkest things I’ve ever read. I quite liked it.”

“I rather enjoyed the story and would recommend it.”

“It was not anything I had expected. I literally found myself whispering “Oh my God” as I read because the transpiring of events caught me so off-guard and were so surprising yet not out-of-character that I simply was not sure how I felt beyond shocked.” 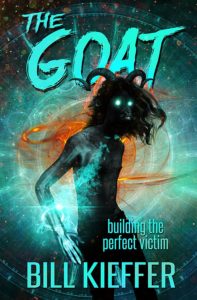 “If what one is looking for is a quick, unusual horror with a twist ending, “The Goat” is the book to fit that criterion. It ends leaving the reader with the right kind of ambiguities: the “why?” questions, not the “how?” Questions are answered, but it is the mark of good horror to make the reader not want to believe them, and “The Goat” succeeds in this endeavor.”

“Shock. From beginning to end. If you ever want a book to slap you in the face as hard as possible, this…this is for you.”

“Even as a Stephen King and Clive Barker fan, I was cringing so hard from the beginning and ending of the book, and I’m not sure I will fully recover in the next week. I might have to read My Little Pony fanfiction to survive in fact.”

Those are some awesome reviews, but what’s this twisted book about…

This is the story of Frank, a self-loathing gay/bisexual 40-something man, having a mid-life crisis ‘affair‘ with his high school bullying victim.

Glenn is a Furry, human in real life but online, he plays a sexually active Goat in several Furry communities. Glenn not only allows Frank’s abuse, but he seems to encourage it in order to get what he wants.

Still, Frank is what our HS teachers would call an “Unreliable Narrator.” So, it’s up to the reader to decide who the real victim is in the story.

It’s set in an Urban Fantasy world where computers and magic exists side by side. iMacs and Werewolves. Muscle Cars and Shape Shifters. Micro Brews and Healing Potions. The society resembles pre-cell phone America and people are more afraid of the LGBT community than they are of werewolves. Well… some people.

The Goat touches on abuse, secrets, desires, shame, denial, and the agendas we sometime bring into a relationship.

Don’t miss out on this shocking new story! 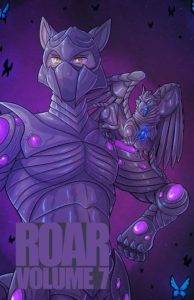 Besides The Goat, Bill has recently published short stories in several Furry anthologies put out by Fur Planet. His next short story will be appearing in ROAR 7 about a Rapping Reptile who confuses love with insanity. After that, the next story is a horror story that deals with one of my own demons (face blindness) and a transformation story appearing Wolf Warriors III. 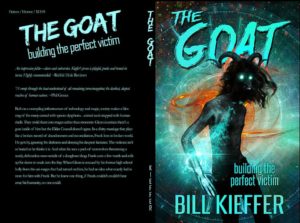