Terror Films will release their haunted house film, HOUSE OF PURGATORY, by first time writer/director Tyler Christensen on October 21st. And now, a new clip is available for the film, titled “Promiscuous Secrets.”

The film revolves around four mid-western teenagers who search for a fabled haunted house, on Halloween night. Once finding it, they slowly realize that the house knows each of their deepest secrets. One-by-one the house uses these secrets against them. Then, they find themselves in a battle to save their lives and their souls!

HOUSE OF PURGATORY stars Brian Krause (best known for his eight-season portrayal of “Leo Wyatt” on Charmed), Anne Leighton (CBS’ Criminal Minds) and Laura Coover (ABC’s How To Get Away With Murder). The film was an official selection at the Fear Fete Horror Film Festival, where star Anne Leighton was nominated for Best Actress. It also screened at LA’s Shriekfest, recently. 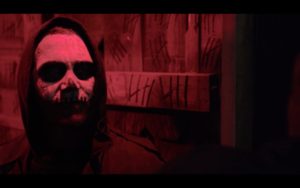 The film will debut in the U.S. on October 21st, 2016 on Xbox, Amazon Instant, Google Play, Vudu, PlayStation, YouTube, Vimeo On Demand and iTunes. The film is also set to be released on Amazon Prime, 24-Hour Movie Channel on Roku, DVD and Cable VOD at a later date. iTunes pre-orders are available here: