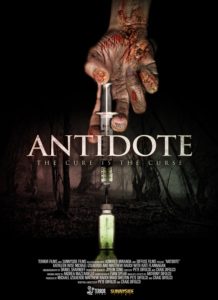 In 2014, genre distributor Terror Films came across a film titled Viscera, at the Screamfest Horror Film Festival, in Los Angeles. The film was initially given a small release in 2014, under the rebranded title, Antidote. Terror Films recently acquired the distribution rights from directors Craig and Pete DiFolco. Now, Terror Films has set a wide re-release for the film, this October 21st, 2016.
Antidote takes place in a plague-ridden, post-apocalyptic world. Here, a man and woman face unimaginable horrors. When he suddenly becomes infected, they have to contend with the fact that the only possible cure slowly drives him mad. 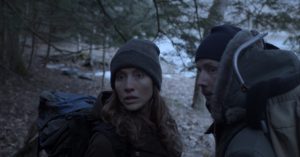 On iTunes, it is currently available for pre-order:
http://geni.us/antidote