After receiving his destiny from a fortune cookie, a lonely office worker, Barry Baker, has a hard time adjusting to his new found calling as a serial killer. Just because you are meant to do something… doesn’t mean you will be good at it.

Barry Baker: Aspiring Serial Killer is a new comedy-horror series following our “hero,” Barry Baker, who desires to be a serial killer–but isn’t very good at it. Playing off of classic horror tropes, the ‘Barry Baker’ series finds itself riding the line of cringe-worthy and hilarious. 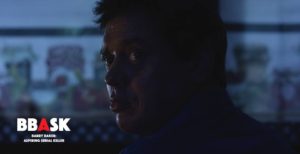 Directed and written by: Tony Ahedo

Tony Ahedo had this to say about the series, “Horror is a fascinating genre to explore, and mixing a comedic atmosphere with such dark material is what really makes this series special… We poke fun at the horror tropes and clichés of the psycho-slasher genre, drawing inspiration from television shows such as Dexter, and feature films like Halloween and Psycho.” 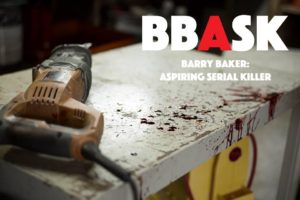 Visit http://www.bbask.tv for more including…

-Behind the scenes pictures 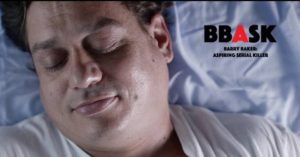 Click HERE to check out our review of episode 1

Click HERE to check out our interview with Tony Ahedo

A Succubus Steals the Souls of Atlanta in Horror Thriller But Deliver Us from Evil: Out March 20th