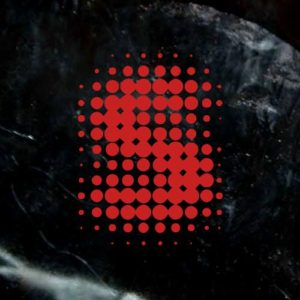 The first two episodes of the hour-long podcast will be available on Monday, October 31st. Shudder will also exclusively premiere a third episode ad-free on Halloween. Subsequent episodes will be released a week in advance exclusively on Shudder and will feature premium uncompressed audio quality.

More than a podcast, “Darkest Night” is a fully immersive audio experience and terrifying treat for the horror-fan’s senses. Recorded binaurally with cutting-edge technology, the sound quality brings the entire narrative to life creating a rich 360-degree, virtual reality effect when listening with headphones.

In addition to compelling storytelling, listeners will have the added benefit of an amplified acoustic experience where sounds can be heard in all directions as if present at the time of the recording itself. In addition to stunning sound effects, “Darkest Night” also features acting performances from an all-star celebrity cast including Denis O’Hare (“American Horror Story”), Missi Pyle (“The Artist”and “Dodgeball”), RuPaul, Michelle Visage, Ricky Dillon, KC Wayland (“We’re Alive”), Johnny Ferro, Callie Schuttera, Miguel Lopez, and more.

Every week, the binaural audio drama featuring Pace’s narration, will take fans on a bone-chilling auditory journey. Written by Chris Bloodworth, each episode will place the listener at the center of a recovered memory that sounds and feels as though it’s happening in real time. Every chapter will delve into the last memories of the recently deceased, slowly revealing a horrifying master plan. “Who is weaving this master conspiracy” and “what is their ultimate goal?” These are just some of the questions listeners can expect to be asking after tuning in.

The partnership with “Darkest Night” is one of the many horror experiences fans can enjoy onShudder during Halloween month. The streaming service is hosting a “horror essentials”collection for those new to horror, or those looking for the best films to stream for the season. Additionally, Shudder has entered the horror TV realm for the first time this month with the complete series of Tales from the Darkside, and the exclusive acquisition of the three-part French mini-series, Beyond the Walls, premiering October 20th.