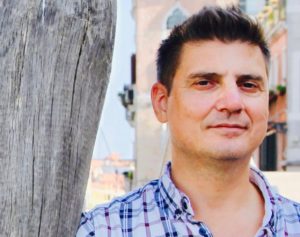 Since Baldock formed the company is 2008, Templeheart have been involved in the creation and production of over thirty feature films, focusing extensively on first time talent and unearthing the next generation of filmmakers, as well as helping investors understand how the film industry works. Recent films include Paul Hyett’s The Seasoning House and Heritiks, Andy Edwards’ Ibiza Undead, Fall of an Empire, starring Peter O’Toole & Edwards Fox and the upcoming supernatural thriller Quail Hollow.

Baldock commented: “I’m extremely flattered to be given this award. I’ve always felt that film investment should be made as transparent and as attractive as possible. Independent films are the blood-line for the international film market, as is the new talent emerging alongside, and I’m proud that Templeheart is providing a platform to make the kind of films that have appeal across the globe”.

The Portuguese festival, which celebrates the best of independent films world-wide, runs from 24 to 25 November. Lyndon will also be on the International Jury.