Award-winning British filmmaker Thomas Perrett has been a freelance editor in London for over a decade. When he recently discovered an unusual location, he was inspired to direct again. Fifteen years after his first film Hindsight was released, Perrett helmed his second movie; a spooky psychological horror short called Commune.

“Commune came about after I attended a Halloween party held at a dilapidated 1930’s house in North London, that would eventually serve as the creepy setting for my film. The building was a strange place, full of belongings and personal effects from a Jewish family that had long vacated. The more I sifted through the rooms, the stranger it felt to have our hands in someone else’s life, and the weird feeling of intruding was very strong, as if the owners could return at any point,” explains director Thomas Perrett.

Commune tells the story of Tom, a lonely man who takes a job as the guardian of a rundown London house. Charged with keeping the property secure, he soon realizes that it’s not the building that needs protecting, but himself. A malevolent dark cult from the past, resides within the walls and they are hunting for new members. Over three terrifying nights they’ll stop at nothing to make you… Join Us!

Commune has already garnered four awards, including Best Short Horror Film at it’s premiere at the London Independent Film Festival and the Silver Award at the Spotlight Horror Awards, in Atlanta, U.S.A., to name a few.

This unique scary tale continues to travel the film festival circuit with upcoming screenings in the new year:

Starring Tom Weller and written, produced, directed and edited by Thomas Perrett, Commune unites a handful of creatives collected by Perrett during his time as an editor in London’s Soho. Lensed by Tim Gee, graded by Andrew Daniel, sound designed by Robin Green, with an original score composed by Mike Payne.

To find out more about Commune, full list of awards, and its tour calendar, please follow them on social media: 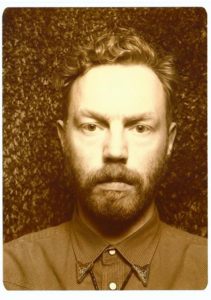