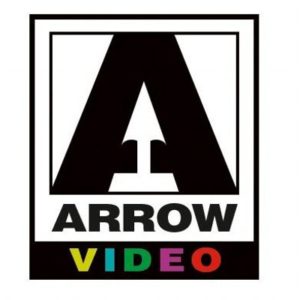 MVD Entertainment Group furthers the distribution of Arrow Video in the US with two amazing releases tailor made for cult and horror fans.

First out is Takashi Miike’s classic Dead or Alive Trilogy starring Riki Takeuchi and Show Aikawa as their various characters deal drugs in Tokyo, put their yakuza assassin skills to good use and even meet cyborg soldiers in future Yokohama. Each film deftly shows off Miike at the height of his skills, and weaves a captivating tapestry of crime, action and character study.

Next up is a franchise any horror fan around in the late 80s and early 90s will recognise: House: Two Stories Limited Edition [House 1 & 2] which has a gorgeous 2K restoration of the first two films. With each film telling a different tale, and getting increasingly bonkers as the series goes on, the House films are equal parts funny, scary and entertaining. As much a joy for fans of weird cinema as they are for horror lovers.

Earlier in March, Arrow splits up the Death Walks Twice box set and offers Death Walks On High Heels and Death Walks At Midnight both on DVD and Blu-ray. These two films by Luciano Ercoli are beautifully restored Italian horror classics, with plenty of bonus features. 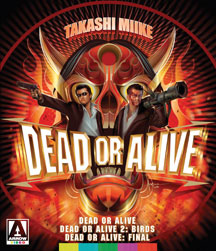 Beginning with an explosive, six-minute montage of sex, drugs and violence, and ending with a phallus-headed battle robot taking flight, Takashi Miike’s unforgettable Dead or Alive Trilogy features many of the director’s most outrageous moments set alongside some of his most dramatically moving scenes. Made between 1999 and 2002, the Dead or Alive films cemented Miike’s reputation overseas as one of the most provocative enfants terrible of Japanese cinema, yet also one of its most talented and innovative filmmakers.

In Dead or Alive, tough gangster Ryuichi (Riki Takeuchi) and his ethnically Chinese gang make a play to take over the drug trade in Tokyo’s Shinjuku district by massacring the competition. But he meets his match in detective Jojima (Show Aikawa), who will do everything to stop them.

Dead or Alive 2: Birds casts Aikawa and Takeuchi together again, but as new characters, a pair of rival yakuza assassins who turn out to be childhood friends; after a botched hit, they flee together to the island where they grew up, and decide to devote their deadly skills to a more humanitarian cause.

And in Dead or Alive: Final, Takeuchi and Aikawa are catapulted into a future Yokohama ruled by multilingual gangs and cyborg soldiers, where they once again butt heads in the action-packed and cyberpunk-tinged finale to the trilogy.

Each of them unique in theme and tone, the Dead or Alive films showcase Miike at the peak of his strengths, creating three very distinct movies connected only by their two popular main actors, each film a separate yet superb example of crime drama, character study, and action film making. 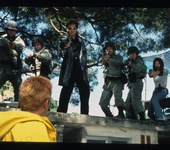 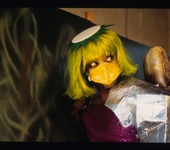 Step inside, we’ve been expecting you! At long-last, Arrow Video is proud to present the first two instalments of hit horror franchise House on Blu-ray for the first time! In the original House, William Katt (Carrie) stars as Roger Cobb, a horror novelist struggling to pen his next bestseller. When he inherits his aunt’s creaky old mansion, Roger decides that he’s found the ideal place in which to get some writing done. Unfortunately, the house’s monstrous supernatural residents have other ideas…

Meanwhile, House II: The Second Story sees young Jesse (Arye Gross) moving into an old family mansion where his parents were mysteriously murdered years before. Plans for turning the place into a party pad are soon thwarted by the appearance of Jesse’s mummified great-great-grandfather, his mystical crystal skull and the zombie cowboy who’ll stop at nothing to lay his hands on it!

From the team that brought you Friday the 13th, House and House II are era-defining horror classics – now newly restored and loaded with brand new extras! 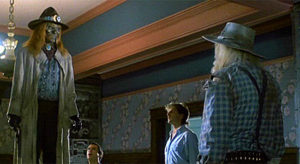 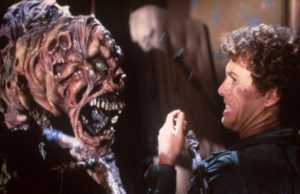