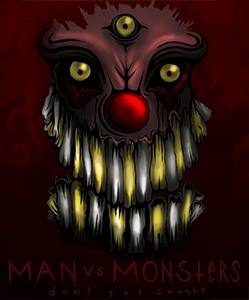 The upcoming TV show will be produced in Miami during 2017, and released exclusively on a proprietary mobile user interface, allowing the production company to address the massive shift towards device oriented viewing, while paving the way for independent production companies to self distribute their work via app.

Every episode of MAN VS MONSTERS is a unique adventure in which contestants confront their deepest fears in terrifying challenges against iconic monsters from the archives of horror, science fiction and fantasy in an unprecedented reality competition. A video game based on the show will be available as an in app purchase as the series is released.