Zombies Have Infilitrated Washington, DC, Now the Citizens Must Fight for Their Own Survival and End the Zombie Threat before it becomes a global pandemic.

The Washington, Dead City series (Permuted Press) is a zombie series like no other. The three books (Gnash, Rend, and Sever) in the series take readers on a horrifying journey through the battle to save a zombie infiltrated Washington, DC. 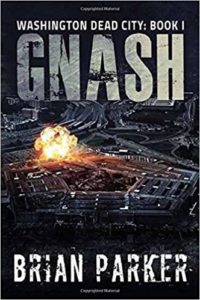 An ancient fundamentalist organization executes several attacks simultaneously across the globe. In the Pentagon a deadly viral compound is unleashed and the airborne virus turns the Pentagon’s population into zombies. A former Army officer stranded in the Midwest is forced to fight for his life while his fiancé is trapped in the Washington, DC quarantine zone. 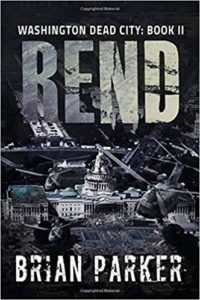 Six years ago, the President made the difficult decision to abandon Washington to the undead built to keep them trapped inside. Now, a new presidential promises the retrieve the Declaration of Independence and —and “The Wall” was election revives the hopes of the nation as one candidate Constitution from behind the Wall. A retired CIA agent must go behind The Wall to save America’s most priceless documents. 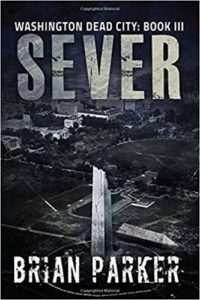 Escaped zombies from behind The Wall have swept across the northeast, their path marked by havoc and death. Into this nightmare world are thrust several unlikely heroes. A full-time National Guard solider, a small group of refugees, a hero from the last zombie war, and a retired CIA operative will all stop at nothing to eliminate the zombie threat—and save the nation they love.

A veteran of both the Iraq and Afghanistan war, Brian Parker was born and raised as an Army brat. He moved all of the country as a child before his father retired from the service and they settled in a small Missouri town where the family purchased a farm. It was on the farm that he learned the rewards of a hard day’s work and enjoyed the escapism that books could provide.

He’s currently an Active Duty Army solider who enjoys spending time with his family in Texas, hiking, obstacle course racing, writing and Texas Longhorns football. His wife is also an Active Duty solider and the pairing brings its own unique set of circumstances that keep both of them on their toes. He’s an unashamed Star Wars fan, but prefers to disregard the entire Episode I and II debacle.

Besides the extensive collection of horror works, he is also the author of several non-horror works, including the children’s picture book Zombie in the Basement which was written to help children overcome the perceived stigmas of being different than others.