“Clare de Lune came up with an enthralling psychological thriller which makes the book difficult to let down once started, every chapter being more intriguing that the previous one!“

“If you like thrillers, then put What Lies Within at the top of your reading queue. Thumbs up to Clare de Lune, she did a beautiful job of bringing the characters to life.”

“As Clare de Lune’s book made me live a thrilling experience while reading her book, I would recommend “What Lies Within” to all the Mystery, Thriller, and Suspense genre fans! It’s a total must-read that will remain in every reader’s mind long after the book is done!”

“It grows more and more twisted with each succeeding chapter.”

“It is well-written and engaging. The author knows her stuff. I will be suggesting this one to my friends.”

“What Lies Within is really a terrific story with tons of suspense, expertly interwoven plot threads, and interesting characters. I was hooked from start to finish and sorry to see it end. This story is absolutely meant for the big Screen. Make a Movie out of this Clare.”

Before we get to making the movie, what’s this 5 star book about…

Serial killer Sophia snatches “dirty” runaways, drug users and society’s misfits off the street and gets them clean—by turning their remains into soap. But she’s bored with her overbearing partner and it’s time to replace him with someone sexier, edgier…maybe a soul mate, a true partner-in-crime.

Lust-struck Sophia soon loses sight of a neurotic female stalker, a young photographer named Ti. But Ti’s obsessive ways lead her into a downward spiral when she discovers that Sophia and her ex-accomplice are way too close to comfort. After a violent run-in with Sophia’s new accomplice, will Ti decide that blood is thicker than water? 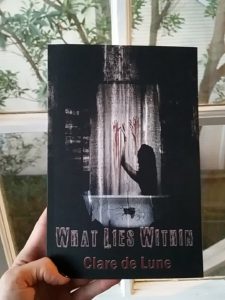 In a recent interview, author Clare de Lune talks about where the idea for Sophia’s story came from…

“I was working at a college library and I had a nice view of a courtyard. I witnessed a couple fighting, and the way she looked at him as he stormed off…for some reason, it gave me chills. The book originally started off as a vampire novel, but I changed it to serial killers after reading about Karla Homolka and Paul Bernardo.”

After you enjoy ‘What Lies Within,’ check out other great titles from Clare like…

Brooke seems to have it all under control: a decent boyfriend, a job as a model and writer in Los Angeles–but her life spirals into a dark vortex of drugs and depression when she realizes how her agency deals with models who aren’t picture perfect. A harrowing novelette of murder, drugs and mental illness.

“Wow this book is short but packed with crazy it really makes you rethink things. It showed the ugly side of LA and modeling and living the life of a celebrity. In such a short book the author was able to pack intense moments, sickening disturbing characters and a cat you wanted to protect. I would call this book good for that reason because it’s an eye opener and because the author packed so much in, in so little pages and it didn’t feel rushed or incomplete in anyway. Wow is all I can say.” 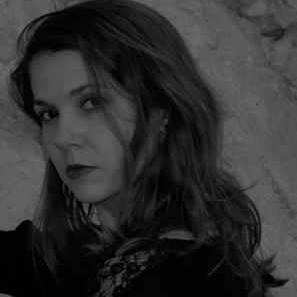 Clare grew up in the middle of nowhere with a police officer father and an artistic bar-owning mother, which fueled her imagination with stories and left lots of time for horror movies and books. Clare is currently a librarian and writer, and when she’s not traveling to strange lands, lives with her partner and cat in New Orleans. 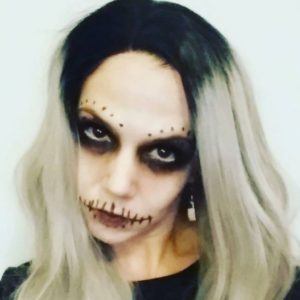 Visit https://clarecastleberry.wordpress.com for information including…