5 Sins
“Morgan is Going to Die Tonight… a Lot!” 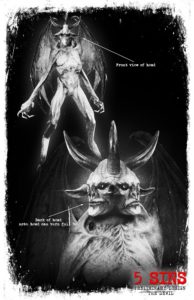 5 Sins is a co-production between Gas Money Pictures and ANC Entertainment. J. Horton (Monsters in the Woods) is set to direct, with casting to be announced in the coming weeks. As well, Robert M. Bravo will create the special effects on the film, including creature effects. And, 5 Sins will host several demons as the central character Morgan has her soul stolen, one piece at a time. A preview of the film’s production is available now.

The story begins with Morgan (Rachel Amanda Bryant). Her father has recently died. But, Robert (Robert C. Pullman) has made a deal with the Devil, before he passed. The curse has been transferred to Morgan. Now, she is struggling with debt and the Devil is changing into several forms, to steal her soul. 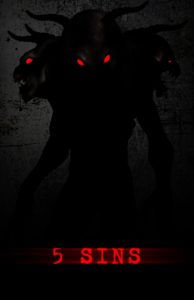 5 Sins will begin shooting soon. On May 1st, the production crew will start shooting in Los Angeles, including the ANC Campus in Burbank. More details, on casting and production, will be announced shortly. For now, early concept art is available here, showing Morgan’s central foe, the Devil himself!

The official synopsis: After reneging on a deal with the devil, Robert Wainwright is killed and his debt is passed on to his estranged daughter. Morgan finds herself trapped in a never ending cycle of terror as she’s killed over and over. Each time she loses a piece of her soul. In the end, she must figure out what is happening and why, to break this cycle and find redemption. 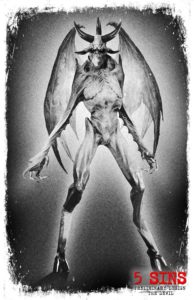