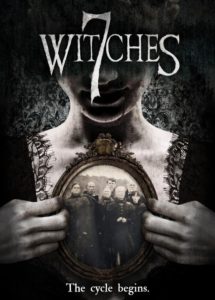 Indican Pictures has teamed with director Brady Hall, to bring audiences 7 Witches. Shot near Seattle, Washington, the film is based on an ancient legend, in which a curse haunts the land. The film centrally stars: Persephone Apostolou, Danika Golombek, Megan Hensley and Mike Jones. And, the film’s release details are available here.

In the story, Cate and Cody are set to be wed. But, they have chosen the wrong spot and time. In this rural town, a coven of witches are set to bring a 100 year curse to fruition. Blood red revenge streaks across this isolated island, leaving Cate and Cody close to death.

7 Witches has just released in a few select theatres, this April. This showing will be followed by an early May home entertainment release. 7 Witches will be available through Video-on-demand and on DVD, this May 9th, 2017. The film will be released in an unrated format. And, Indican Vice President Jeff Benegar says of the film’s affect: “this film is creepy, scary and everything you want in a supernatural horror film!” Fans of horror can see for themselves true terror, this May!

The official synopsis: As their big day approaches, Cate and Cody should be celebrating. They’ve got their family with them, they’ve rented an island for the big day. But, unbeknownst to them, their wedding falls on the day when a 100 year old curse comes to fruition. Instead of celebrating, they find themselves fighting for their lives as a coven of witches rise for revenge. 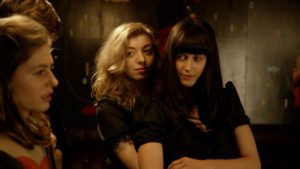