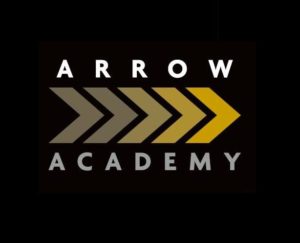 MVD Entertainment Group furthers the distribution of the Arrow Films brand in the US with Arrow Academy, one of the world’s leading distributors of Catalog and New Release independent, arthouse, and world cinema.

Firstly up is The Jacques Rivette Collection, a stunning Limited Edition boxset of three of the French filmmaker’s lesser-seen works, including the original epic cut of Out 1 which was only screened once in its full-length version. The set also contains Out 1: Spectre, Rivette’s radically recut version, plus two other fascinating and innovative works: Duelle and Noroit. Backed up with stunning extras and an exclusive perfect-bound book containing new writings on the films, this is a set guaranteed to deliver delights for all discerning cineastes.

Spotlight on a Murderer, the lesser-known third feature from Georges Franju (Eyes Without a Face, Judex) is a delightfully playful romp through Agatha Christie and Gothic territory, constantly playing up to the clichés and tropes of the murder mystery genre. The story follows the heirs of a wealthy count who are told they will not inherit for at least five years after he vanishes without a trace. They set about to transform the family château into a tourist attraction in order to pay for its upkeep in the meantime, but are beset by a series of tragic, seemingly accidental, deaths.

And finally, June sees the release of the Limited Edition release of Seijun Suzuki’s The Taisho Trilogy, featuring three supernatural dramas (Zigeunerweisenm, Kageroza and Yumeji) from the Japanese maverick filmmaker, presented together on Blu-ray for the very first time outside of Japan. Considered as his masterpieces in his homeland, these three surrealistic, cryptic puzzlers pack a strong emotional punch as they explore familiar surrealist themes such as death, sexuality and identity. Pure cinema at its most fantastic and bizarre, combining astonishing imagery with beautifully twisted narratives. 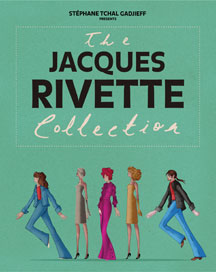 In 1975, Jacques Rivette reunited with Out 1 producer Stéphane Tchal Gadjieff with the idea of a four-film cycle. He would create a quartet of interconnected films, each in a different genre. One was to be a love story, another a Western, and there was to be a fantastical thriller and a musical comedy starring Anna Karina and Jean Marais too.

Ill health intervened, and only two of the films were completed. Duelle (une quarantine) sees Rivette in fantasy territory, cross-pollinating Val Lewton, Jean Cocteau and film noir as the Queen of the Sun (Bulle Ogier) and the Queen of the Night (Juliet Berto) search for a magical diamond in present day. Its parallel film, Noroît (une vengeance), is a pirate tale – and a loose adaptation of The Revenger’s Tragedy – starring Geraldine Chaplin (Nashville, Cría cuervos). A third film began production – Marie et Julien starring Albert Finney and Leslie Caron – but Rivette succumbed to nervous exhaustion and shooting was abandoned.

When he did return to filmmaking, Rivette borrowed some of the elements of Duelle and Noroît and came up with Merry-Go-Round. Joe Dallesandro (Trash, Flesh for Frankenstein) and Maria Schneider (Last Tango in Paris, The Passenger) are summoned to Paris, which leads to one of the most surreal and mysterious tales in a career that was dominated by surrealism and mystery. 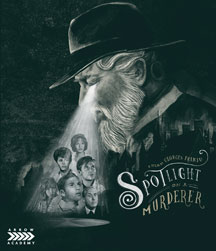 When the terminally ill Count Hervé de Kerloquen (Pierre Brasseur – Goto, Isle of Love) vanishes without trace, his heirs are told that they have to wait five years before he can be declared legally dead, forcing them to devise ways of paying for the upkeep of the vast family château in the meantime. While they set about transforming the place into an elaborate son et lumière tourist attraction, they are beset by a series of tragic accidents – if that’s really what they are…

The little-known third feature by the great French maverick Georges Franju (Eyes Without a Face, Judex) is a delightfully playful romp through Agatha Christie territory, whose script (written by Pierre Boileau and Thomas Narcejac of Les Diaboliques and Vertigo fame) is mischievously aware of the hoariest old murder-mystery clichés and gleefully exploits as many of them as possible. They’re equally aware of the detective story’s antecedents in the Gothic novel, a connection that Franju is only too happy to emphasize visually at every opportunity thanks to his magnificent main location. A young Jean-Louis Trintignant (The Conformist, Amour) is amongst the Kerloquen heirs.

FIRST PRESSING ONLY: Booklet featuring new writing on the film by Chris Fujiwara 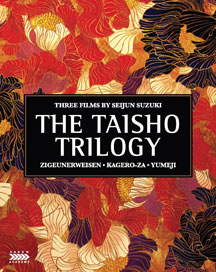 After over a decade in the wilderness following his firing from Nikkatsu for Branded to Kill (1967), maverick director Seijun Suzuki returned with a vengeance with his critically-praised tryptic of cryptic supernatural dramas set during the liberal enlightenment of Japan’s Taisho Era (1912-26).

In the multiple Japanese Academy Award-winning Zigeunerweisen (1980), two intellectuals and former colleagues from military academy involve their wives in a series of dangerous sexual games. In Kageroza (1981), a playwright is drawn like a moth to a flame to a mysterious beauty who might be a ghost, while Yumeji (1991) imagines the real-life painter-poet Takehisa Yumeji’s encounter with a beautiful widow with a dark past.

Presented together on Blu-ray for the first time outside of Japan, the films in the Taisho Trilogy are considered Suzuki’s masterpieces in his homeland. Presenting a dramatic turn from more his familiar tales of cops, gangsters and unruly youth, these surrealistic psychological puzzles drip with a lush exoticism, distinctively capturing the pandemonium of a bygone age of decadence and excess, when Western ideas, fashions, technologies and art fused into everyday aspect of Japanese life.

FIRST PRESSING ONLY: Booklet featuring writing on the films by critic Jasper Sharp and more.

It can be pre-ordered at the MVD Shop