EuroObscura announced that LANDING LAKE will have its first screening during the next film market of Cannes. The sci/fi horror from UK, directed by Italian Cesare Pollacci Libardi Di K., will be screened on the 17th May. From the opening sequence, it’s expected to be a quite bloody science fiction movie, reminiscent of sci/fi from the Eighties like THE THING. The story revolves around a mysterious mountain lake where a UFO crashed in the past. Victoire Vecchierini and Emma Bown star in the movie, that was shot in Super35mm. 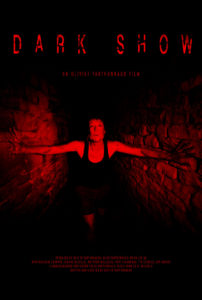 Also presented in Cannes, DARK SHOW by French director Olivier Parthonnaud. This found footage horror takes place on the set of a reality tv show gone wrong. Terribly wrong, as the participants will find themselves chased by a psychopath dressed like a Knight Templar from the 12th Century. Starring Joanne McCallin, Matthew Mellalieu and Malcolm Conrath, DARK SHOW had a theatrical release in France last November and it’s aiming at international sales.

The Marché Du Film of Cannes will start on the 17th of May. EuroObscura will attend the market and handle the sales for both movies.