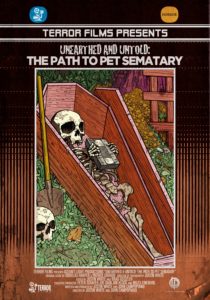 Genre distributor Terror Films has teamed up with the world’s leading Subscription Video on Demand (SVoD) service, for emerging markets, iflix. This newly formed partnership will allow the distributor to expand their digital reach into multiple territories within iflix’s footprint including: South East Asia, Africa and the Middle East. with future territories to be announced. 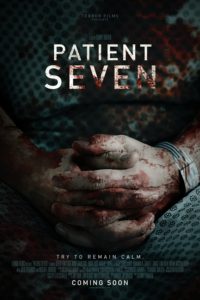 The films set to launch under the deal will include a wide variety from the label. They will include: the post apocalyptic film, Antidote, the paranormal thriller Trace, the star-studded anthology Patient Seven; the Blumhouse.com praised, found footage film Hell House LLC, the Halloween house gone wrong teen horror House of Purgatory, the in-depth documentary into the making of Stephen King’s original “Pet Sematary” Unearthed and Untold: The Path to Pet Sematary and the recently released, award winning, female directed horror film Inner Demon. The films were released on May 18th in: Malaysia, the Philippines, Thailand, Indonesia, Sri Lanka, Pakistan, Myanmar, Brunei, Maldives, Egypt, Iraq, Sudan, Bahrain, Jordan, Kuwait, Lebanon and Saudi Arabia. The release phase into these additional countries will follow in the coming months.

The partnership is part of a strategic move to solidify Terror Films ability to distribute indie horror content to literally every corner of the globe.

Altered Innocence Presents A New 4K Restoration of “Arrebato (Rapture)” Released for the 1st Time in the U.S!

HEADCASE: AND OTHER SPLATTERPUNK STORIES