“A great page turning book that captivated my attention since the very beginning. Intriguing and well written. Great characters.”

“Why can’t we rate more than 5 stars?! Oh my gosh this book was so awesome!!…”Life After The Undead” was… mind blowing. It had the perfect amount of everything! It felt like I was living the story.”

“Life After the Undead is a gripping and chilling story about a young girl’s survival in a zombie infested world. The terrifying situations kept me on the edge of my seat. Krista is such a great character, which made it easy for me to connect to her and her story. I love anything zombie related, so I’ll never turn down the chance to read a story about this subject. Pembroke Sinclair has a great mind and I love how she puts in unexpected twists and turns without being too obvious. If Life After the Undead would ever be made into a TV-series I would be glued to my screen.”

Those are just a few of the many fantastic reviews for… 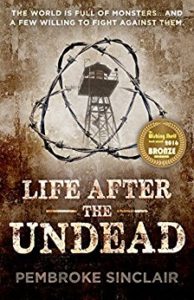 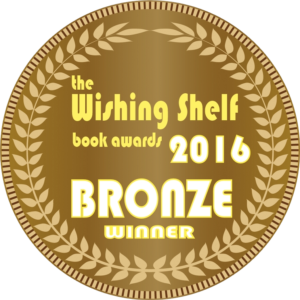 Not only has it received all of those great reviews, Life After the Undead was a Bronze Winner in the 2016 Wishing Shelf Book Awards.

Join Krista in her quest to survive in this thrilling apocalyptic novel by Pembroke Sinclair.

Get your copy right now at:

After finishing this awesome book, you’ll want to continue the series with… 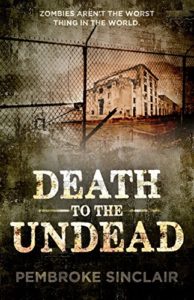 Seventeen-year-old Krista has already proven she can survive the zombie hordes.

After moving to North Platte with her distant cousin General Liet to help build a wall that will keep the zombies in the West, it becomes apparent that the zombies aren’t the biggest threat—some survivors are far more dangerous than Krista had ever imagined.

With the help of Quinn, a survivor and fighter from the zombie-infested wildlands of the West, they free the garrison at North Platte from the power-hungry Liet. But there is a bigger battle to fight.

The Families who rule Florida and use intimidation and the threat of the zombie horde to coerce their territory want Krista and Quinn captured, the zombies want to devour them, and other survivors want them dead. Caught between powerful forces, will they survive long enough to devise a new plan and put it into action? Or will they self-destruct?

“Death to the Undead has everything a good sequel needs and I completely recommend this book to everyone.”

“Loved this sequel, Krista and Quinn’s relationship develops further, Krista becomes more of a leader and is a believable, yet strong female character, and the action is great.”

“I loved the world that the author has created for Krista and her friends along with the ones who want her dead like the zombies do. I would love to see Death to the Undead on the big screen and can’t wait to read more about Krista, Quinn and the rest of their friends. Oh and the zombies to of course.”

“I was blown away. I loved how it was written as well. Everything was perfectly paced and had the perfect amount of everything and then some. Lol. 5+ amazing stars! If I could offer more, I would.”

“Another amazing book from Pembroke Sinclair. I have enjoyed this zombie series so much and hate when the book ends. The only thing better would be more books in this series.”

Before we get to more books, get your copy of this amazing sequel at… 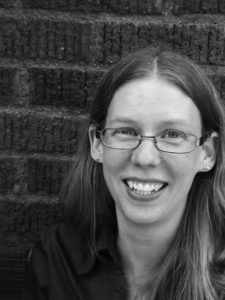