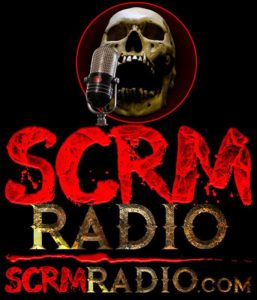 SCRM Radio is a new kind of radio station. We feature 24/7/365 horror themed programming – streamed to satisfy the ghoul in you.

The type of programming you will find here is:

Horror Shorts – read by the authors themselves! 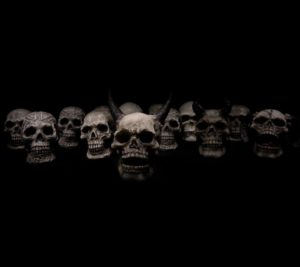 Some of the haunted shows include…

Kallisti’s Bough and The Angry Toads

Meet some of the horror hosts…

Isaac Thorne is a nice man who has, over the course of his life, developed a modest ability to spin a good yarn. Really. He promises. He also avoids public men’s restrooms at all costs. He considers himself a lover of books, music, movies, and other forms of pop culture phenomenon. His philosophy on his life is that it’s all one giant experiment. 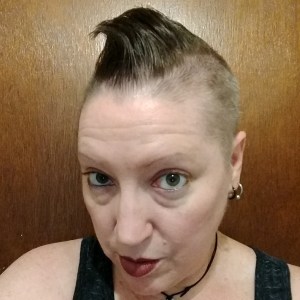 Saint to some, sinner to most, Chaos Angel to all who meet her, retired best-selling Horror author, Filmmaker and DJ Mixologist Andy Van Scoyoc…controversial, morbid, strange and precedent setting. And she’d have it no other way…

Reverend Hagen is a paranormal investigator with over 25 years of experience in the field.

As a Wiccan Priest and occult expert his eschewed view of the world has lead him all over the world to study historical paranormal events.

Born in 1985, Mr. Black hails from Jonesboro, Arkansas but has kept residence in Ireland for the past 12 years. Mr. Black is a professional musician, gigging with an acoustic guitar, kick drum and a vocal mic.

In the the summer of 2016 he stumbled upon the narration scene by chance and by December of 2016 had released his first story on his channel on YouTube. In 6 months Mr. Black has worked with Rob Dyke, Unit #522, Let’s Read, MrCreepyPasta and more.

Tra Cee, born in Chicago, now living in Indiana and raising a beautiful family, has been singing since she could speak, winning her first talent show at the age of 6 singing “Love Come Down” by Evelyn Champagne King. Today Tra Cee is still singing, writing, and recording her own songs. Alongside her life-long best friend Mz Lady, Tra Cee is not only an artist on the Terror Records label, she is also the COO of the label and has held this position since October of 2013. With two song placements on “Reign of Terror” TR’s first MixTape, Tra Cee’s popularity is growing quickly. Tra Cee released her first single “Favorite Song” and the official video for it in April, 2016, and the Terror Records Family will be providing the support for a successful and beautiful album. Stay in tune with Tra Cee by checking out her Social Networks and profile on the company website.

Here’s a look at part of their recent schedule… 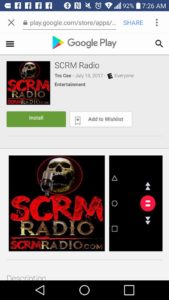 Whether you’re at home, work or on the road, listen to SCRM Radio today!

You can also listen to them at:

-Check out all of their haunted shows

-Read more about their hosts

-Get their complete schedule