Popcorn Frights Film Festival presents the very best genre films from across the world as it celebrates the art of horror. Featuring over 40 film premieres from 8 countries, special guests, and live DJ sets inspired by iconic horror film music, this year’s Popcorn Frights promises more thrills than ever before as it rages through Miami from August 11-17.

The festival kicks off with the feature film “Tragedy Girls” preceded by the short film “Great Choice” at 7pm.

FLORIDA PREMIERE. A fresh, funny, and bloody send-up of slasher satires that’s cut from the same vein as Scream and Clueless. In the horror-comedy Tragedy Girls, Brianna Hildebrand (Deadpool) and Alexandra Shipp (X-Men: Apocalypse) play two social media-obsessed best friends named who will stop at nothing to build their online following. The self-titled “Tragedy Girls” kidnap an unambitious local serial killer and force him to mentor them into modern horror legends by committing murders to blow up on the internet. As the bodies fall, the girls become national news and panic in their small town hits a fever pitch. With the local sheriff closing in, and their relationship on the rocks, the girls must rethink their plan before they find themselves the latest victims of their own killing spree. Starring Craig Robinson (Pineapple Express), Josh Hutcherson (The Hunger Games), and Kevin Durand (The Strain).

Producer Tara Ansley and Actor Keith Hudson will be in attendance to introduce the film and participate in a Q&A!

FLORIDA PREMIERE! A woman gets stuck in a Red Lobster commercial.

Next up is the feature film “Jackals” preceded by the short film “The Thin Place” at 9pm.

NORTH AMERICAN PREMIERE! Jackals is terrifying, full stop. A potent ’80s-set psychological thriller that centers on an estranged family who hires a cult de-programmer (Stephen Dorff) to get back their teenage son from a murderous cult, only to find themselves under siege when the cultists surround their cabin, demanding the boy back. A vicious battle unfolds, testing loyalties and unleashing a bloodbath in which there are few survivors.

Producer Tommy Alastra will be in attendance to introduce the film and participate in an extended Q&A afterward. 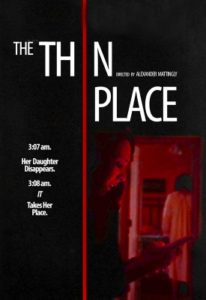 FLORIDA PREMIERE! A mother and daughter are haunted by a terrifying presence in this supernatural suspenser.

The night ends with the feature film “Terrifier” preceded by the short film Die! Sitter! Die! at 11pm.

FINAL CUT PREMIERE! It’s Halloween night and Art the Clown, the cold-blooded killer who also stalked the omnibus All Hallow’s Eve, is not wearing a creepy costume just for show. He’s as evil as he looks – seriously, the scariest clown to ever hit movie screens – and, after an evening of partying, two young women unluckily enter his sights. A gruesome game of cat and mouse ensues as the women run for their lives becoming the maniac’s latest target. Lean and oh so mean, Terrifier is as gritty and jarringly depraved as the best slashers oozing gore in the 80’s. 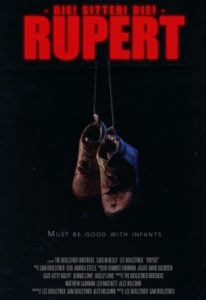 FLORIDA PREMIERE! A young girl takes a job looking after an infant for the night. Little does she know her night is about to get more horrifying than she could have ever imagined. 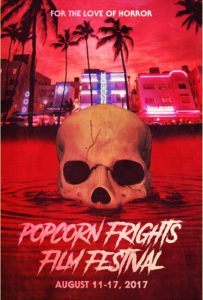 Official Trailer for THE RECKONING – In Theaters, On Demand & Digital Feb. 5th

Unlock The Horrors of THE ID on Blu-ray October 25th