Bringing awareness to chronic conditions through a short HORROR film…

Migraines and chronic headaches are an underdiagnosed, undertreated, and underfunded disorder experienced by millions of people worldwide. For those that suffer from them, the recurrent pain coupled with the frustration derived from the effects on overall lifestyle can be a real HORROR.

To those who suffer from chronic headaches or migraines, it might make perfect sense. Life with these disorders can be like experiencing a real-life horror movie… the fear of the next “attack” always right around the corner! 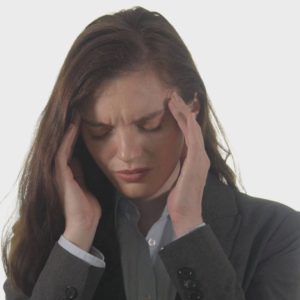 That is the inspiration for our short film. It is about a young woman who suffers from chronic headaches which then manifest in the form of a horrible creature that psychologically and physically terrorizes her.

While it is our wish to make a captivating film that shows the effect of headaches in a mythical way, we also want to educate our followers and bring further awareness to the real-life horror of headache and migraine diseases. 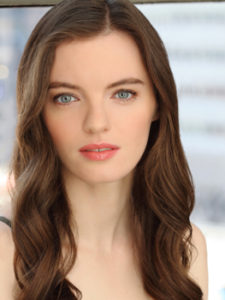 “I personally have suffered from headaches for about the last 20 years. They manifested when I was in college and really became troublesome after I started my first major job. Since I was now paying for my own health insurance coverage, I decided to seek out help. A primary care physician referred me to a neurologist, who ran some tests and prescribed a few medications. When those didn’t work, I was referred to other specialists (pain, sleep, physical rehab, etc.) who all ran their own tests and tried other treatments and drugs. This went on for a few years, all with no real improvements. Most of the prescription drugs had more bad side effects than true benefits…” (Continue reading here) 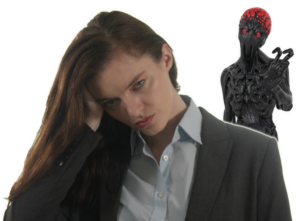 Help them bring awareness to these chronic conditions, and make this terrific short horror film by donating to their Seed & Spark campaign at:

-A collectible creature figurine of your very own

Visit All in Her Head on Seed & Spark to…

– Learn more about the crew

– Find out why women will be important to this film

– Get link to resources on headaches and migraines

Interview with “In Search of Darkness” Writer/Director David A. Weiner

One thought on “ALL IN HER HEAD”