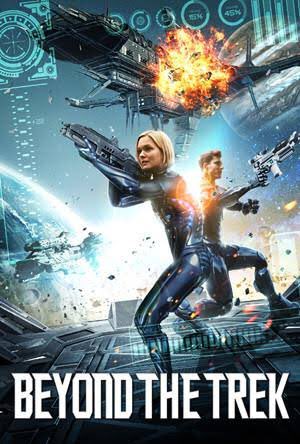 Beam up one of the most exciting science-fiction adventures of the month, Beyond the Trek available September 5 from Screen Media.

Winner of at least nine major film awards including Best Feature Films at the Los Angeles Movie Awards and Best Sci-Fi Feature at the New York Science Fiction Film Festival, Beyond the Trek is “Visually stunning and thematically engrossing…” (Indie Horror) and is “Reminiscent of an episode of Star Trek or 2001: A Space Odyssey…you feel completely immersed in this futuristic world” (Tai Freligh, Flickering Myth).

Five genetically engineered “perfect” humans are sent on a rescue mission to Titan, where only one man has survived a ruined expedition to retrieve a vital cargo. Under the stress of isolation in outer space, the five perfect humans begin to exhibit formerly-concealed character flaws that threaten to tear the mission (and their chances for survival) apart.

Says director Ian Truitner, “Beyond the Trek reflects back to classic Sci-Fi in its aim to challenge how we see the world and ourselves. It’s not the frantic spectacle of special effects extravaganzas made by huge studios, rather we aimed to draw audiences in with suspense, multidimensional characters and thought-provoking themes. After a successful a festival run that saw the film screen for Sci-Fi fans around the world, Beyond the Trek is now available to everyone!”