The awards will be presented along with the competition awards at the Dreamer Awards, to be held for the first time in the WBBZ TV Studio located in the Eastern Hills Mall on Sunday, Nov. 5th, at 6 pm. The multi-genre festival, now in its fifth year, runs 11 days: Thursday, Nov. 2nd – Thursday, Nov. 9th at Dipson Theatres Eastern Hills Cinema in Williamsville, and Friday, Nov. 10th – Sunday, Nov.12th at the Screening Room Cinema Cafe in Amherst. This year’s program includes 110 films: 40 features and 70 shorts.

Fred Olen Ray will receive the first Living Legend Award. Ray, a legendary filmmaker who has made more than 150 feature films, will be on hand to present a screening of his classic Hollywood Chainsaw Hookers after the awards, at 8pm. 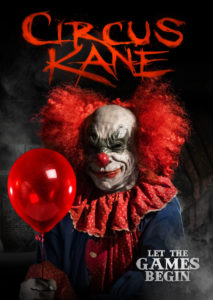 The full schedule for Buffalo Dreams Fantastic Film Festival is available at www.buffalodreamsfilmfest.com, and advance tickets are available at www.dispontheatres.com, under “Eastern Hills Cinema.”

What’s Streaming This February on Shudder