It’s time for your daily recommended dose of wicked awesome. Yes, we’re rocking Women In Horror Month’s MASSIVE Blood Drive with a badass 30 filmmaking teams from around the world! It’s our biggest and BEST year yet! It’s with supreme pleasure that we introduce a group of filmmakers who we think have a lot of talent that you’re gonna want to be following. Keep them on your radar, they will be huge.

Samantha Hawkins and Kimberly Pipkin of For Good Productions couldn’t be more excited to be a part of this year’s PSA. Sam graduated from the University of North Carolina at Chapel Hill in 2015 with a major in Dramatic Art and a minor in Chemistry. She currently works as a dental assistant in Pinehurst, North Carolina and plans to pursue a dental hygiene degree. Kim is a senior at the University of North Carolina at Charlotte, majoring in Elementary Education. After graduation, she intends to teach elementary school in Virginia. 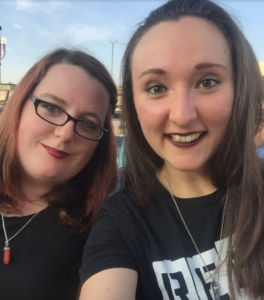 Their friendship began in 2009 when Sam talked Kim into staying after school for a drama club rehearsal. In high school, they made music videos during late-night boredom, but they did not create a short until the American Mary Swede contest in January 2017. Their entry was selected as one of the contest winners, which sparked many projects afterward in conjunction with Brett Haynes, who played multiple roles in their contest entry. Apart from their Women in Horror Month PSA, the two have a number of short projects in development with Brett and other creators to be produced in 2018, including a thriller and a horror-comedy.

Sam and Kim would like to thank David and Wanda Hawkins, Brett, Chappell, Courtney, Catie, and the rest of the party animals for making this project such a delight to create. Additionally, they wish to thank Jen and Sylvia Soska for inviting them to be a part of this gigantic endeavor. They are honored to be included and look forward to seeing the other PSAs throughout the month. 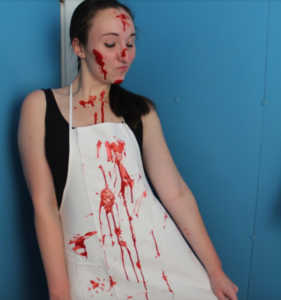 We’re passionate about giving blood because it’s a universal gift that almost anyone can give. No matter where you’re from or how much money you make, your selfless donation can still make a difference. We also give because we’d like to think others would do the same for us. It’s so easy to distance ourselves from victims of natural disasters, gun violence, or traumatic accidents until we or someone we know becomes one of those victims. If we’re all afraid to donate, or if we all assume someone else will fill the need, who’ll be there in our time of need? 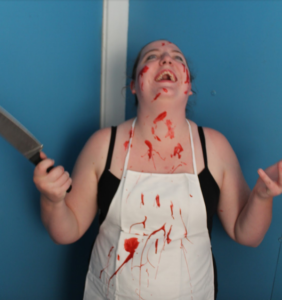