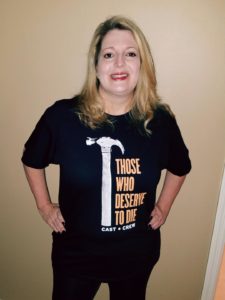 -Kendall: Probably at age 6 or 7. I was obsessed with the AIP Corman Poe films. My dad took me to see Vincent Price speak and we went backstage after the talk and I got to meet him. That was it. I never looked back and I have been a huge horror fan ever since. It’s still at the top of my list to get to meet Roger Corman.

-Kendall: It happened naturally. I have always had close friends in the film industry and they knew how much I loved horror films. One friend of mine, Robert Pralgo, was doing a lot of acting in horror roles and finally said, “Why don’t you join us on the next film to just get the feel of things? You have seen more horror films than anyone else I know.” I started sitting in on auditions and then table reads, etc. Around that same time, another friend, Philip Nutman, who was a horror author, invited me to work with him on a film he had just bought the story rights to, called ABED. Once I started to get some experience, opportunities just started coming up for me. But they thought of me because of my passion for horror, first and foremost. 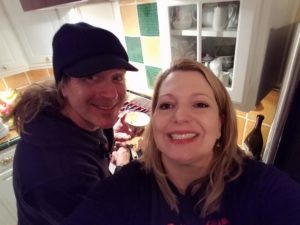 -Kendall: It has been a great excuse to get together with other women who have a passion for making horror films. It’s a very different meaning for me than say, women filmmakers, in general. I don’t consider myself much of a woman film maker, but a horror film maker. Yesterday, I was in attendance for a Women in Horror panel at Days of the Dead, and there was such great energy. The month itself is a little like a birthday, it gives us an occasion to get together and celebrate our passion.

-Kendall: I love the Soska sisters. They make no apologies. I love that they didn’t sit around fretting over the lack of opportunities. They just DID IT. I love that. Plus they are such giving, supportive people, and they certainly have no obligation to be as available as they are, especially in social media. 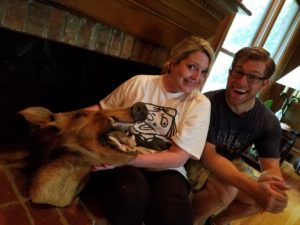 -Kendall: I think that there has always been the perception that women do their best work in horror when they are running for their lives or getting killed. That is definitely changing as women move more behind the camera. That being said, I almost never think about who put together a film when I see it, unless I am watching because of someone’s reputation. I always want to like the film for what it does to me, rather than who made it. I like films that make me uncomfortable. Either terrified, sick, distressed, or excited about something that is taboo. Whomever can deliver that experience, wins.

-Kendall: I think that depends on the woman. Women that can put together good networks and funding, and most importantly, ideas, will succeed. Film making and distribution continues to change and is difficult for anyone. I don’t think that women that have their eyes on a prize like Hollywood productions and budgets will see much change any time soon. But, independent production, especially in cities like Atlanta, where I live, is perfect for women in horror that want to shift into full time film making. 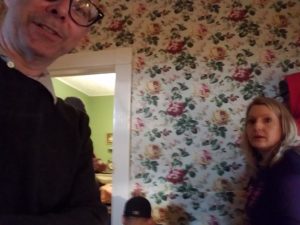 -Kendall: Here are some links and pictures from my latest project, currently in post-production.
https://www.facebook.com/TWD2D/
Those Who Deserve to Die (2018)

We would like to thank Kendall Keeling for taking the time to answer our questions, but more importantly for her contribution to horror!

Official Trailer for TALES FROM THE OTHER SIDE