-Sarah: I saw my first horror film when I was six years old, it was John Carpenter’s Halloween and I was so fascinated by the film and that is where my passion for horror was first ignited.

-Sarah: When my father died of cancer when I was ten, I had a real hard time dealing with the loss. I started writing my own stories, horror stories, and I found that to be a way to escape my sad reality. I wrote more and more and I finally wrote one of my first horror screenplays. I began filming short films with my friends from school, staying late in the editing room putting together my movies. When I was 19 or 20 I studied film production at Kulturama and a year after that I studied screenplay writing at Manuspiloterna in Stockholm. When I was 25 I wrote the screenplay for my feature film Sargad and I knew that this was the screenplay that I had to film. I also decided that I would be playing the leading role because I based a lot of Elina’s personality is based on my own and during the filming of Sargad, I fell in love with acting. After I filmed Sargad, I filmed two more short films that I had written, Rotten Love and Mimes, which I also acted in. After that we began sending my movies to festivals and they are all currently being screened at festivals all over the world. 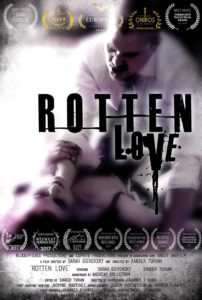 -Sarah: It means celebrating the amazing talent amongst female filmmakers in the horror industry that truly deserve more recognition than they are getting. It means everything to me, because I myself am a woman in horror and I want to leave my mark on this amazing genre. I also find out about new filmmakers and new film projects that might have taken me longer to discover. I and my best friend Jasmine Martinez have our YouTube channel Bitches of Horror, where we review horror movies and interview their creators and we are always trying to promote women in horror as much as we can.

-Sarah: Yes, Amy Holden Jones, Director and Co-writer of The Slumber Party Massacre, she was a huge influence to me when I was a teenager. Now I am constantly being inspired by so many female filmmakers, but Emma Dark and Heidi Moore definitely stand out right now, but there are so many more I could mention. 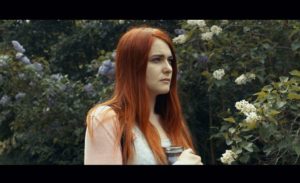 -PH: -What do you think the future holds for women in horror?

-Sarah: I see the future filled with so many amazing possibilities and I definitely see women in horror growing and changing the industry.

-Sarah: Besides having my feature film Sargad and short films Rotten Love and Mimes playing at festivals, I have an upcoming short horror film Brisé that I have written and will act in, that will be filmed in Prague later this year. I also have my own Documentary called Sarah of Horror, which will be filmed and edited this year. 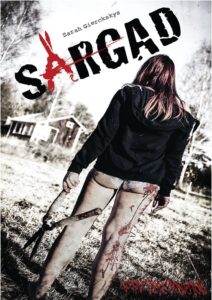 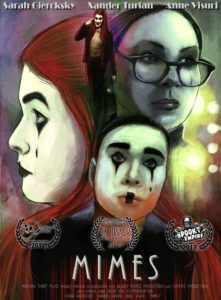 We would like to thank Sarah Giercksky for taking the time to answer our questions, but more importantly for her contribution to horror!