Mark Edward Lewis is hoping to fund 18k to finish his sci-fi/action comic book series Omega 1 – and if he does, we might also be treated to a new live-action series of the same name!
We spoke to the Star Trek and Blade of Honor alum about sci-fi, supernatural westerns, and genre films and series finally being recognized by the Academy. 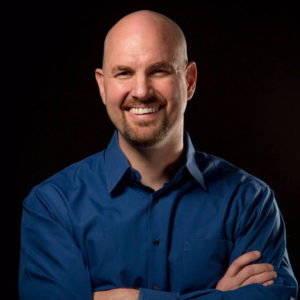 -PH: Having been an avid supporter of genre films and series, you must be stoked to see the Academy – not to mention critics – taking more notice of product that would normally only have been recognized by the cinemagoer?

-Mark: It’s so amazing. Especially now that there are Emmy’s for webisodic series – and that most Emmys in general are going to disciplines in those shows. When we see folks talking MORE about Netflix, Amazon and Hulu shows than big network shows or films, that has us all feeling grand!

-PH: Do you think we might see a day where, say, a Star Trek is nominated for an Academy Award?

-Mark: I don’t. As surely as Star Wars rarely gets nominated for anything – and certainly doesn’t win. As surely as the greatest composer of our time, John Williams, has rarely been awarded an Oscar, so it will be with Star Trek. Not to mention that for me, as a TOS/TNG/DS8 afficionato, I’m not a fan of the current versions of Star Trek. This is all political, and honestly, with the exception of the Tonys, most award shows are just another way to get better ratings for the networks.

-PH: Before we move onto new projects, you had a Star Trek-esque series of your own in the works, Blade of Honor. Is that still moving forward?

-Mark: Well, it’s more of a Battlestar Galactica meets Oblivion series than Mr. Roddenberry’s series, but it certainly retains many of the elements of that beloved-by-me series. We’ve completed the pilot episode of the series and we’re shopping it about for a season 1 purchase. We’re very proud of how it turned out, and of course it’s my dear friend Richard Hatch’s last performance before his passing. 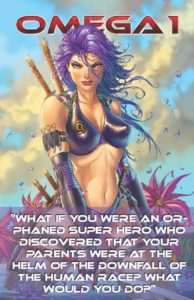 -PH: So, essentially, you’ll have a couple of TV projects on the go – because Omega 1 is going to be a series as well?

-Mark: It is! Actually, we have a slate of 10 series which we’re looking to roll out. Blade of Honor being the first completed, a supernatural Western is the next, then Omega 1, and a whole slew of everything ranging from drama to fantasy. I personally believe that we don’t have much life left in film. Not at all. And internet delivery of serial television is not the future, it’s the NOW. And so we’ve dedicated our development process to cater to that nearly exclusively. Of course with Omega 1, we’ve got a comic book, and we want to complete the series of comics (at least chapter 1) before we move it any further down the television development route. Thus the Kickstarter!

-Mark: I created it along with my co-writer Alina Andrei in the Van Nuys, CA Denny’s restaurant. You know, there’s just something magical about Denny’s for creating great sci-fi franchises. Must be the bacon shakes.

-PH: And was she inspired by any other comic characters?

-Mark: It’s been so long since I thought about where she cam from (2006) it’s hard to remember, but I know that we took some inspiration from X-men characters we loved as well as several television series characters from the 80s genre of TV. She’s really become her own unique character especially when we added that she’s trying to discover not only her past but also what it means to be a woman and feminine – all while being a stone-cold-killer.

-PH: What about the tone of the comic – how would you describe it?

-Mark: It’s really X-men Meets the TV show Alias. While it has a dark overtone because ofr the post hacker war world, it has very complicated and tortured characters where you’re not totally sure who the bad OR good guys really are – except for Omega herself. Then you have a complicated post hacker-war world which feels like ours does now, but doesn’t act like it does now. Then add some hilarious and over-the-top awesome villains and it’s a complex bunch of all the things I love about super heroes and comic books balled into a wonderfully gripping and intelligent world. Not to mention some dope-cool mutations and super-hero action. It’s a lot of fun while also bringing us deeply into the social consciousness of our time around hacking and the empowerment of our fellow females. 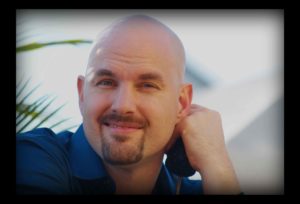 -PH: Why has it been so long since the last issue?

-Mark: Well, honestly, we jumped on to some other productions which were in the television world, and since we’re primarily committed to television production we had to pull the trigger on those shows. Blade of Honor was one of them, and we’re so glad we did, otherwise we would not have gotten Richard’s performance. We also wanted to develop the other series into a place where we could create a slate of them in preparation for what we knew would be the internet series streaming boom which we’re all enjoying right now.

-PH: So tell us the plan. What’s the go with Kickstarter?

-Mark: The goal of the Kickstarter is $18,000. It’s a courageous number for a comic book campaign. But we also want to be able to provide the donors and fans with a great Trade Paper Back of all 6 issues along with ancillary content. So we’re doing this in order to finish Issues 5 & 6, complete the first chapter of the series, then get everyone we can a beautiful trade paperback and possible individual issues depending on how it all goes – then move on to TV development of Omega 1!

-PH: Can you give us an update on some of the other new genre projects you’re doing?

-Mark: I can’t go into detail on all of them, but Blade of Honor is our latest sci-fi action production. We’re in development on a supernatural/sci-fi Western, then Omega 1, then a period 1572 action adventure based on the real events of the “St. Bartholomew’s Day Massacre” in France. Then an adventure series around time-travel, then cop procedural series set in Los Angeles around a cop who saves folks who are suicidal. And on it goes!

The Omega 1 Kickstarter can be found here:
http://www.fundomega1.com
We’ve got ALL KINDS of amazing rewards and perks for your donations. Right now we’re the fastest growing comic book raise on Kickstarter and we’re only going higher.
If you love independent sci-fi productions and comic books and empower female super heroes kicking-ass, this is the place for you to become a part of Omega 1.
Donate. Share. Support.
Thanks for joining the revolution!