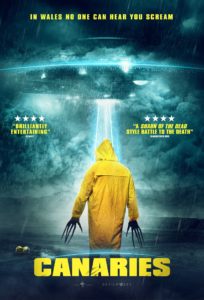 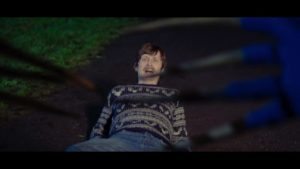 UK sci fi horror comedy ‘Canaries’ from Welsh writer/director Peter Stray is about a group of friends at a New Year’s Eve bash in the Welsh Valley, who must fight against an invasion force of time traveling aliens. 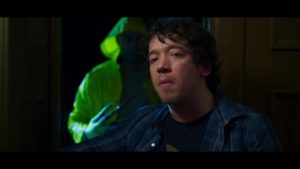