Prolific writer, Chuck Dixon has joined forces with Benjamin L. Henderson, Founder, Writer, and Editor-In-Chief of Cautionary Comics to develop Original content. They will be joined on by Artistic Powerhouses Jimbo Salgado and Bryan Arfel Magnaye as well as the entire team at Cautionary Comics to create the original comic book, RAVAGE: KILL ALL MEN and many, many more!

Chuck Dixon, best known for his work on the Marvel Comics character -the Punisher and on the DC Comics character – Batman, is a writer who never fails to deliver. RAVAGE will blow the minds of Comic lovers written by Inkpot award-winning writer Mr. Chuck Dixon and Editor-In-Chief Benjamin L Henderson.

The new exciting saga of Ravage: Kill All Men, tells the story of two Army Veterans, who crash in a mystical jungle populated by a lost tribe of Warrior Women who hunt men and kill them. The men must escape, adapt to survive, or die trying.

Benjamin L Henderson disclosed in a recent press statement that “I want to create comic books that exist solely to entertain, thrill, and frighten its’ readers.”

The Kickstarter for Ravage: Kill All Men is set to launch on the 24th of May, 2018 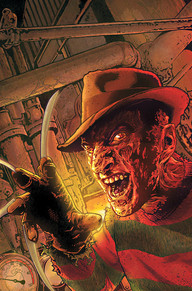 Cautionary Comics was created out of from Benjamin L. Henderson’s philosophy on creating comic books based on STORY, Character, Action, and Fun alone! This idea, combined with his passion for leaving his stories behind, got his wheels turning! Cautionary Comics was finally brought to life after a lot of hard work and a small round of Angel Investment from friends at a Silicon Valley investment group.

For more information and inquiries, please use the media outlets below or visit company’s website, www.cautionarycomics.com