Help make a movie that will have lasting cultural impact… In 2015, Conspire Films brought horror fans their first feature film the social-issue horror-thriller Human Resources. The movie follows a woman who discovers the skyscraper she works in is haunted by victims of a corporation, and she sets out to stop them by any means necessary…

Human Resources toured film festivals all over the country, and won five awards, including Best First Time Director at Global Revolution FF, and Best Female Actor and Best Makeup FX at Something Wicked FF, among others. In this horror-comedy with an ecological twist, a group of kids race to survive #trashpocalypse when all garbage comes to life and returns to meet its makers. Join the journey to realize this scary-fun movie that will make everyone regard their trashcans more cautiously.

Pitch In on Trash Night! from Conspire Films on Vimeo.

More about the film:

Consumerism depends on the “magical” disappearance of waste. We bury it, burn it, export it, and most of us never give it another thought. In Trash Night, the world’s waste rises up to save the planet from humans. This film uses humor and horror to remind audiences that our consumption has consequences. It’s a hilarious, handmade adventure that dramatizes how much damage we’ve done to the planet and how little time we have to change it…

The crew behind “Trash Night”: 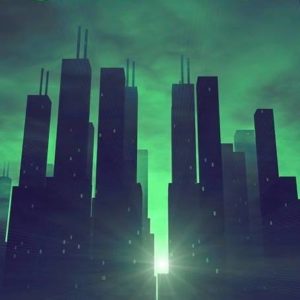 “We know that a movie alone can’t change the forces we’re up against. But in among all the organizing and resistance ought to be culture-making, especially socially-engaged entertainment that calls for action while delivering white-knuckled belly-laughs and ultimately joy. To quote Rebecca Solnit, “When you face politics that aspire to make you fearful, alienated, and isolated, joy is a fine act of insurrection.” Trash Night on its face seems fearful, but it ultimately digs under the skin to plant seeds of joy, which grow into hope, and then into change… if we all pitch in.” Pitch in by supporting the film and change today at:

-Your chance for bad product placement. They will feature in the demo film a harmful product or person of your choice Visit “Trash Night” on Seed and Spark to…

-Read about the filmmakers’ background

-Find all of the available incentives