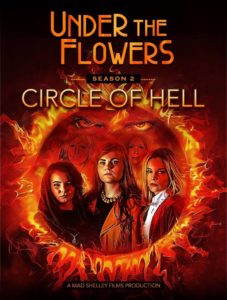 The second season of the award-winning web series finds goth spirit Poe (Lauren LaVera) attempting to transform her tortured soul and move on as ‘Rose’ (Amanda Kay Livezey) in a hellish odyssey set in the In-Between, a place glimpsed in season 1. Bravely facing down her many demons, Rose’s journey soon grows even darker, rapidly sending her to the outer edges of Hell and threatening the very destruction of her soul. Will her friend Charlotte, “The Halloween Girl” (Catherine Kustra) come to her friend’s aid, or will the price be too high in the Circle of Hell? 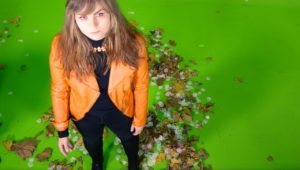 Under the Flowers: Circle of Hell features a primarily female cast and sees the return of characters from season 1 in addition to brand new colourful and sinister characters. It also takes a distinctly darker turn.

“Once our first season wrapped, I knew the next one had to be a dark fairytale”, says writer/director Richard T. Wilson, “the scenes based in the In-Between had really awakened my love of otherworldly adventure stories, so we were pretty much headed for The Wizard of Oz meets Dante’s Inferno once all was said and done! Poe’s transformation into Rose and her struggle to remain in her new life had a lot of personal resonance for me, as did Charlotte’s pitched battles with the character of The Darkness, so I was absolutely walking the Circle of Hell right along with them.” 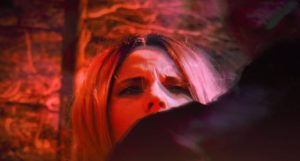 Season 1 of Under the Flowers won Best Web Series at both the Largo Film Awards (2017) and Direct Short Online Film Festival (2017). It was also an Official Selection at the 17th FirstGlance Film Festival LA (2017), the Los Angeles Independent Film Festival Awards, and the Do the Unthinkable International Film Festival.

UNDER THE FLOWERS: Circle of Hell (Episode 1) from RTW Productions, Inc. on Vimeo.

About Mad Shelley Films
Founded by Emmy® Award-Winning, Writer-Filmmaker, Richard T. Wilson, Mad Shelley Films was born of the filmmaker’s love of classic ghost stories and his passion for shining a light on troubled souls, and the tortured spirits that pursue them in this world and the next.
Follow Mad Shelley Films on Facebook and Twitter, and visit the official website.