Below find out how you can win admit-two passes to see an advance screening of “The First Purge” on Monday, July 2nd at AMC Altamonte, Altamonte, FL. at 7:30pm! 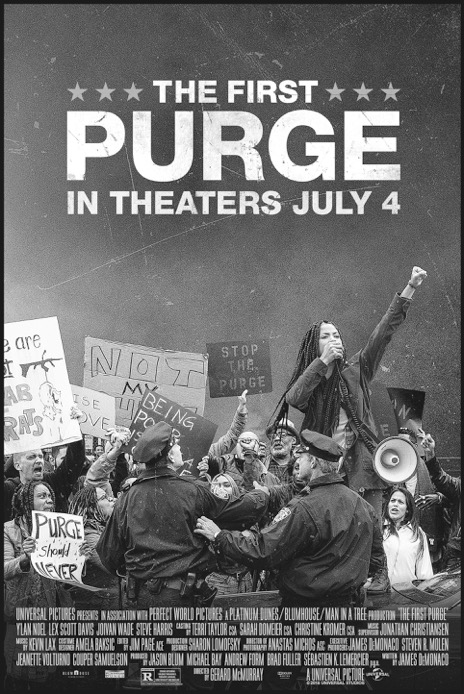 Behind every tradition lies a revolution. This Independence Day, witness the rise of our country’s 12 hours of annual lawlessness. Welcome to the movement that began as a simple experiment: The First Purge.

The First Purge is directed by Gerard McMurray (Burning Sands), working from a screenplay once again written by DeMonaco.

Rating: THE FIRST PURGE has been rated R (Restricted – Under 17 Requires Accompanying Parent or Adult Guardian) for strong disturbing violence throughout, pervasive language, some sexuality and drug use.

To learn more about the film, please visit the film’s website at www.TheFirstPurge.com.

-Enter by emailing us at HorrO@PromoteHorror.com. Please use “The First Purge in Orlando” in the subject line.

-Winners of the admit-two passes will be picked at random on June 29th!

THE SPINE OF NIGHT on DVD, Blu-Ray, 4K UHD DVD/Blu-Ray SteelBook® on February 1