Will draw you into the supernatural underbelly of Greater London with the promise of blood, guts and the realisation that the monsters may be closer than you think… 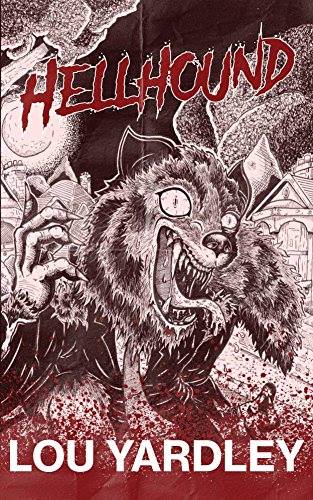 The Hound & The Philosopher Inn looks like your average pub, with only its mouthful of a name to separate it from any other. But, secrets lurk just beyond the ales, wines, spirits and bar snacks. Deadly secrets.

Kit pops into the pub following a dismal experience at a job interview. Christine visits the same pub whilst waiting for a cab. Both of their lives will be changed forever. Both will learn the pub’s secrets.

Peter is one of these secrets. Peter Smedley is a businessman, ruthless and cunning and co-owner of The Hound & The Philosopher Inn. He is also a werewolf, hellbent on changing the status quo. 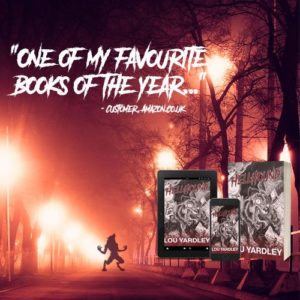 “A well thought out werewolf story that takes you from the present to the history of their past and back again. An imaginative and different spin on the creation and demise of werewolves weaved into a semi-fast paced plot full of discovery, deceit, and power. It will give those down on their luck something to reconsider when entering an unfamiliar pub to drink away their sorrows.”

“Well written and holds your interest. Sufficient horror and detailing to keep you interested till the end and enough intrigue to keep you hooked.”

“There’s plenty of gore in this fast-paced action thriller… Top marks for relatable characters – even the bad guys – and for a really original take on the popular werewolf trope. Nowadays it is practically de rigeur to make the monster a hero, so I found it refreshing to see werewolves portrayed in the traditional way – as a scourge, a plague, and most definitely evil. All around a good read.”

“I’m a big horror fan but not usually werewolf stories. However ‘Hellhound’ is a must read, utterly captivating and gives a unique and quirky twist on this ancient horror trope.”

“I thoroughly enjoyed this werewolf story, which had a good pace, lots of gory detail and interesting characters. I couldn’t put it down, and hope there’s more to follow!”

Don’t wait… get this fantastic book today at:

And if you like that amazing book, check out… 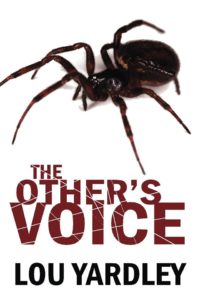 Meet Denny. He’s an awkward teenage boy with a penchant for anything odd. He has parents who love him, an older step-sister who has been going through an argumentative phase pretty much since the day she was born and a younger sister with a permanent smile etched on her chubby little face.

Sure, Denny has his quirks. They all do. But they’re normal. A normal, run-of-the-mill family living average lives.

That is until hell breaks loose in their suburban home. The invasion of an army of eight-legged critters heralds the arrival of an enemy they can’t see, but must fight. An enemy that’s always a step ahead of them and determined to spill as much blood as possible. An enemy who seems to be in complete control. Do Denny and his family have what it takes to survive?

One thing’s for sure, family life will never be the same again.

“This book exceeded my expectations from a first time novelist. It’s bloody, gruesome, disturbing, twisted, and by the way, there are THOUSANDS OF SPIDERS! As horrifying as that sounds, it’s not even the worst that will happen in this book.”

“The story is written like a late 80’s horror movie; I loved it.”

“THE OTHER’S VOICE is a fast paced page turner that has enough gore for the hardcore crowd and enough of a story behind it for the casual horror reader. I would say it’s not for the faint of heart, but what true horror novel is? It’s a thrilling, terrifying read and I highly recommend it!”

Lou Yardley is an Office Gremlin by day and an author by night (it’s the best time, really, as it’s when all of the monsters come out to play). “The Other’s Voice” (published in 2016) was her first novel and she has discovered that this whole ‘writing thing’ is quite addictive. She currently lives in an area that’s close enough to London to be expensive, but far enough away to make it a pain to get to and from gigs.

-Find all of her books

A PHANTOM LOVER by Vernon Lee Now Available on Amazon!