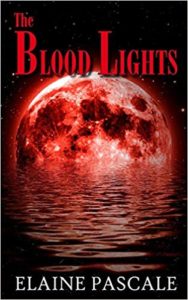 Jezzie Mitchell is in anguish; with her brother’s murder still on her mind, she’s noticed strange behavior among the girls in the residential treatment center where she works. Is there a connection between the contagion on Cape Cod and the deadly Bahamas vacation that changed her life?

Jezzie reaches out to former lover Lou Collins, a scholar who has chased proof of the lights for decades. Will he be able to solve the mystery of the lights in time?

Intensely competitive, reporter Bridgette Collins knows the lights are a way to secure fame in her career. And while it’ll put the final nail into the coffin of her ex-husband’s career, she vows to know the secrets of the lights. Even if it means unleashing a world-wide epidemic…

The boy knows he is lost.

He is lost, and his former sense of normalcy has completely vanished.

The irony, if he were old enough to understand the term, is that he is lost inside a closet that is only six feet in length. In the dark, the closet feels cavernous, endless. It provides adequate space for a trauma that will remain with him throughout his adult years.

His fear is nearly smothered by the heavy olfactory smog of mothballs and cedar chips, yet the fear constantly recuperates: a phoenix with dread for wings.

The boy’s face feels tight from the dried traces of tears that etch his cheeks.

The hot air rushes his nostrils which are clogged with mucous; the hot air is working against him, forcing him to hyperventilate. The entire house is unfamiliar to him, and his eyes, in the darkness, struggle to make out the walls and ceiling of the place where he is being held captive.

He is not alone.

He can feel his sister’s stilted breath coming from the darkest corner. It is obvious that she is trying to hold her breath, hoping that the heavy shoes pacing the hallway would leave them alone.

The shoes fall heavily because they belong to a man that is larger than life.

The shoes rhythmically block the small sliver of sunlight fighting its way between the door and threadbare carpet.

Being captive is not new to the boy or his sister, but it is always scary. Their father routinely puts them in closets. They never understand why. Today, for example, they had been playing on the beach during the morning hours. Those were happy hours. Their father had laughed with them, had built drip castles in the sand, had tickled their mother as she stood at the water’s edge. They had all come inside for lunch. More laughter. Their father had promised to take them to fly kites later.

But later had involved the closet. Their mother had been sent to her room and told to keep the blinds drawn. Their sandwiches had been deserted, half eaten.

Abandoned, as the boy was.

Their father paced the hall, talking to himself. The boy could hear a buzzing sound coming from outside of their rental house. It was loud and their father cursed into the sound, having as much success as someone spitting into the wind.

The slim crack of daylight beneath the door grew brighter. The light exploded, like a bullet from a gun, but the closet door shielded the children from its brilliance. The boy could hear their father fall to his knees.

“Soon,” their father said, and their mother whimpered from behind her closed door. 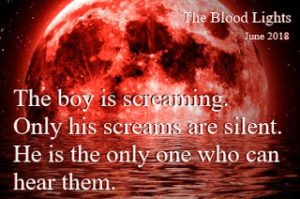 “Just… wow. This book is different from anything I have read before. The strength, the intensity of Pascale’s writing shines from the very first paragraph. When I read just the prologue I stopped and showed it to other people “Check this out!””…

“Short chapters built from the characters’ thoughts and ripped out in the sharpest way, keep you alert along all the book. The editing and grammar are great, but now I don’t care about the technical aspects of the book, because I’m really excited about this new discovery I made”…

“Amazing, amazing book. Incredibly fast, not enough to make you uncomfortable but to make you devour the book. You’ll love it from the very first word, just as I did. Grab it, you won’t be disappointed. It’s the first I read by this author and I’m already a fan.”

Read the complete review at: The Bold Mom

Don’t wait… get this amazing book today at:

And then spend some time reading…

What happens when a kept woman refuses to take her ridatemp and begins thinking for herself? In If Nothing Else, Eve, We’ve Enjoyed the Fruit; she begins talking to bunches of grapes and cantaloupe that convince her to commit murder. Through her visitations with fruit, the woman learns that a gender war can be reversed by traveling back in time and eradicating the Tree of Knowledge and its villainous apples. The fruit persuade her by telling her four other stories:

Boys Will be Boys: A spa is turned into a concentration camp: just don’t ride the elevators!

Ripped to Shreds: Pregnant Jody Burkhoff’s body is changing rapidly, but not as quickly as the lupine metamorphosis of her husband. First the neighborhood animals are mutilated, then the neighbors are viciously murdered. Which proves to be more dangerous, a monstrous creature or a hormonal woman?

O: Khaki Barlow enters a pageant in which only one woman survives. She must complete tasks that are both mentally and physically daunting, all while trying to learn the meaning of the words left by the eliminated: I am here. Does she face incredible fears? Does a one-legged duck swim in a circle?

The Prison of a Man: Told as an ethnographical project, Lara Thomas researches the deaths of shoppers at a mall embedded in a small town, and encounters the legendary Goat Man.

If Nothing Else (Prologue): Readers learn the final decision in the gender war. 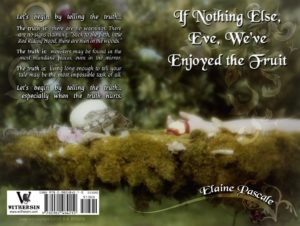 “Loved the book..not typically my style but the author is incredibly gifted and it caught my interest from the first sentence and I could not stop reading”

“A bomb could have gone off in the room while I was reading this book and I wouldn t have noticed. Pascale writes in the realm with the giants. She is one step past fantastic that is hard to define, and a little frightening, and yet we yearn to travel there as often as possible. To be honest I started to read this book thinking it was a novella/novelette (I never read about a book before I start one; for some reason I ve forgotten long ago) and I was quite confused until I realized it was a short story collection being told by fruit. A quick reread led to be tremendously more satisfying.”

Elaine Pascale has been writing for most of her life. She took a break from fiction in order to give birth to two children and complete a doctoral dissertation. She lives on Cape Cod, MA, with her husband, son and daughter. She teaches a variety of courses at a private university in Boston: from English Composition and Communications to a Vampire Seminar. Her writing has been published in Allegory Magazine, Dark Fire Magazine, and several anthologies. She is the author of If Nothing Else, Eve, We’ve Enjoyed the Fruit, and is also the author of the nonfiction book: Metamorphosis: Identity Outcomes in International Student Adaptation–A Grounded Theory Study. She enjoys a robust full moon, chocolate, and collecting cats. 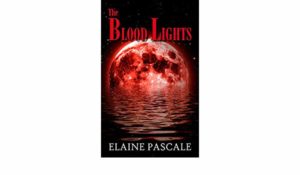 -Learn more about her books

-Read about her published stories

Official Trailer for THE LEGEND OF FALL CREEK