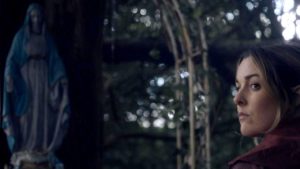 FLORIDA PREMIERE. With a premise that suggests Rosemary’s Baby and Get Out through the specter of Catholic guilt in the Irish countryside, this waking nightmare from the producer of The Texas Chainsaw Massacre blends mysterious disappearances, creepy mansions, and characters trapped in locations far from home in an unnervingly tense psycho-religious chiller. An American artist’s obsession with a disturbing urban legend leads her to an investigation of the story’s origins at the crumbling estate of a reclusive painter in Ireland. But things are not what they seem, and soon, she must confront the unforeseen consequences of her visit.

AMY (Directed by L. Gustavo Cooper): A surreal and distorted glimpse into a killing spree that captivated a nation in the early 1900s set against the backdrop of the deadliest heat wave in recorded history.

SOUTHEAST US PREMIERE. A teenage girl and her father travel to a remote alien moon, aiming to strike it rich. They’ve secured a contract to harvest a large deposit of the elusive gems hidden in the depths of the moon’s toxic forest. But there are others roving the wilderness and the job quickly devolves into a fight to survive. Forced to contend not only with the forest’s other ruthless inhabitants, but with her own father’s greed-addled judgment, the girl finds she must carve her own path to escape. 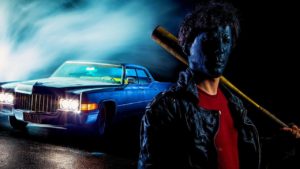 EAST COAST PREMIERE. In this striking Blumhouse (Get Out, Split) production set over the course of one summer weekend, a bat-wielding, masked killer in a rusted-out black Cadillac weaves in and out of three interlocking stories awash in sex, drugs, punk rock, black magic, and broken homes. Starring James Paxton (son of the late, great Bill Paxton) and produced by Rogue One: A Star Wars Story screenwriter Chris Weitz, Boogeyman Pop oozes with everything we love about punk rock filmmaking and genre cinema.

BLAZING WORLD (Directed by Carlson Young): Margaret has been plagued with dreams of a strange world since she was a little girl. After a mysterious man with a map visits her one night, she decides to give in to the incessant calls of The Blazing World. 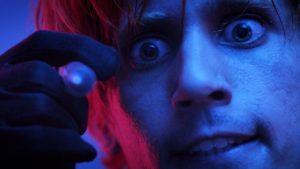 SOUTHEAST US PREMIERE. As twisted as Hostel and Saw, Framed is a deliciously gory and darkly hilarious blood fest that takes a hard look at the spectacle of horror. A group of friends at a going-away party are taken hostage by masked strangers who force them to play an increasingly sinister game that makes them objects of unimaginable torture for a viral streaming show. Soon they discover this game is as wide and as deep as the darkest, sickest recess of human nature itself — if they survive. This candy-colored and joyously bloody nightmare is not for the faint of heart!

MÖBIUS (Directed by Sam Kuhn): A moth-eaten tale of magic and mutation half-remembered by a teen poet whose beloved lies lifeless in a stream.