Cat and Weasel Films and Wolfheart Productions are pleased to announce that their latest short film CORVIDAE starring Maisie Williams (Game of Thrones, Doctor Who) will premiere this month in London at the annual FrightFest Film Festival on August 27th 2018.

CORVIDAE is a dark fairytale written and directed by Tom de Ville that follows a young girl who loves birds, and the very strange strange thing that happens when she tries to protect a wounded crow from the boys in her village. Rooted in the tradition of pastoral horror, it is a short, silent film inspired by the work of writers such as Alan Garner and Arthur Machen. 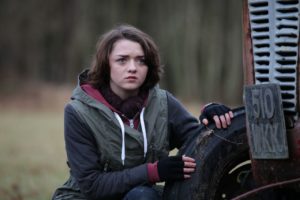 JAY (Maisie Williams) is a young girl living in the countryside who comes across a group of local boys who are shooting birds and nests with their catapult. Eager to protect them from doing more harm, JAY steps in and frightens the boys away. They leave, but not without making it clear that they will have their revenge. Taking a wounded crow home, JAY tries to construct a splint out of bits and pieces she finds in her bedroom. She also tries to feed the ailing bird. Following a haunting dream, she wakes up to discover the crow has died. Determined to give it an honourable burial, JAY takes the bird to its rightful resting place: the woods. Upon arriving there, she is suddenly ambushed by the three boys. A chase ensues, climaxing in a chain of events that no one could possibly see coming…

CORVIDAE was produced by Nick Hudson and Alexander Wolpert. It is 11-minutes long, with cinematography by Maja Zamojda, editing by Miikka Leskinen and original music by Adam Nordén.

Following its World Premiere in London, CORVIDAE will screen at more festivals across the world throughout 2018 and 2019, with a North American premiere soon to be announced. 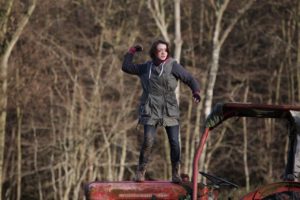 Director Tom de Ville says: “I once read an article about how crows are extremely intelligent, have excellent memories and can bare grudges for a long time. That made me wonder about what would happen if they teamed up with a girl who was trying to help them. Corvidae grew from there. We wanted Maisie Williams for the role and I consider myself very lucky that she agreed to come onboard. She gives a wonderful, nuanced performance, and working with her was a joy.”

Producer Nick Hudson comments: “Team Corvidae is crowing at the news that our film will be premiered at the dark heart of cinema itself. We hope FrightFest’s passionate fans of horror and fantasy will enjoy the screening, and we can’t wait to share it with audiences at more festivals across the world!”

Producer Alexander Wolpert adds: “We are delighted to share our film after all the hard work the past few years in making Tom’s vision for Corvidae a reality. It feels wonderful to have Maisie Williams bring Tom’s evocative and eery reality to life in a story which leaves you feeling piqued and unsettled at the same time. 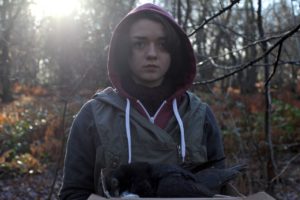 CORVIDAE will premiere at FrightFest Film Festival 2018 on August 27th 2018 as part of the Short Film Showcase at the Prince Charles Cinema, London, UK from 1.20pm GMT.

About Cat and Weasel Films
Cat and Weasel Films is a film and content production company working out of London and Berlin. They believe in the power of visual, original storytelling and are passionate about engaging with audiences worldwide. A slate of feature films and TV dramas is currently in late stages of development, with production on the flagship feature film commencing in March 2019. 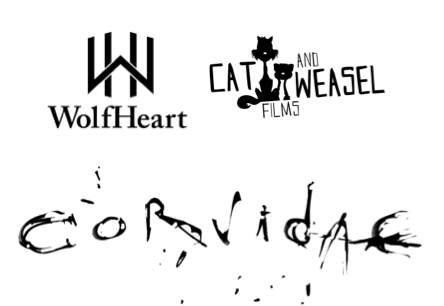 About Wolfheart Productions
Wolfheart Productions is an independent film production company based in East London, working across documentary, drama and commissioned work. Currently developing a feature and releasing a short drama starring Ellie Fanyinka this summer.