After successfully destroying the portals in France and Russia, Jason McCreary leads the Hell Gaters to northeast China to close the one in Manchuria. Yet the challenges they face are much greater than before.

Months of travel and combat have eroded the team’s morale. Sasha’s return with the Purgatoriati proves distracting for Jason, whose feelings for her have resurfaced. Jason must also make a choice between his personal loyalty and the success of the mission. Choices that impact the team’s cohesion.

Even more threatening, the Hell Gaters are about to encounter the most intelligent and treacherous entity to emerge from the Underworld. One who has entered into an unholy alliance with a band of humans, creating the most dangerous threat Jason and his team have yet to encounter.

As the Hell Gaters battle their way across Manchuria, Jason is confronted with the task of not only defeating the demons but holding his team together in the process. 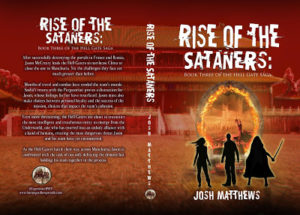 “Like a black hole, this book sucks you in and doesn’t let go!”

Don’t wait…dive into this awesome new book today at:

Haven’t read the first two books of the series? Start now with… 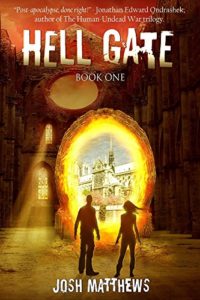 Sixteen-year-old Jason is living a nightmare within a nightmare. He is trying to survive a post-apocalyptic world that has been overrun by demons from another realm, but it was his mother who opened the door in her experiment gone wrong.

In a last ditch effort to redeem his family name and unload his guilt, he joins a squad whose mission is to destroy the Hell spawn around Mont St. Michel.

When his team arrives in Paris to close the Hell Gate they discover an environment more frightening than anything they could imagine and demons more terrifying than they had ever encountered before.

Time is now racing against them

Can he gain his redemption along with the respect of his peers or will a new web of lies threaten to rip apart his world and jeopardize his team’s only chance for success? 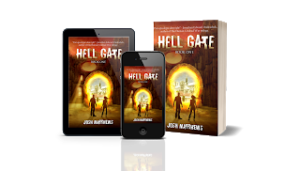 “The concept is unique and intriguing. The antagonists are devilish. The protagonists are realistic. Emotional weight carries the realism; realistic actions, reactions, and scenarios carry the characters. Overall, this is a brilliant, well-written work by someone who seems to have already mastered the craft….If you’re looking for quality, literary bite, and a heart-tugging post-apocalyptic ride, open the Hell Gate. Just don’t be surprised if you’re sucked in.”

“This is an action packed tale of the fight for survival with the denizens of hell with some epic battles. This is the first book I’ve read of Matthew’s but it won’t be the last.”

“I loved this book! It’s everything you could want in a post-apocalyptic world! Great characters and amazing storyline. I highly recommend this book!”

Open the Hell Gate and get your copy today at: 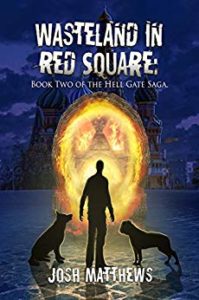 With the successful closure of the Hell Gate in Paris, Jason McCreary decides to take his team on an expedition around the world to close the remaining four portals. After recruiting new members and preparing the remaining antimatter devices, the set off to their first destination: Russia.

The journey takes Jason’s team through the barren wasteland that was once Europe. They meet allies who are anxious to help in their quest, including an unexpected friend from the past. They also encounter Hell Spawn more ferocious than anything dealt with before.

The prospect for success seems promising until Jason encounters an unexpected situation that jeopardizes the completion of his plan. Will he be able to overcome the crisis, or will his quest close the Hell Gates end prematurely? 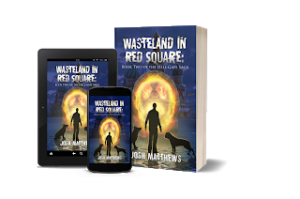 “We are introduced to more incredible characters and terrifying creatures from Hell. This is a must read for anyone who loves nonstop action, horrifying battles for survival and one hell of a wild ride.”

“I am enjoying the series. It’s an interesting idea and I want to see where the author goes with it.”

Journey into the wasteland by getting your copy today at:

Josh Matthews lives in southern New Hampshire with his wife, teenage daughter, and four lovable but exasperating pets. Josh used to work for the U.S. Government where he had the opportunity to travel around the world and be exposed to numerous cultures, many of which will appear in the Hell Gate saga. He has always been a fan of horror novels and monster movies, and sees the Hell Gate saga as his way to share that love with a new generation of fans. 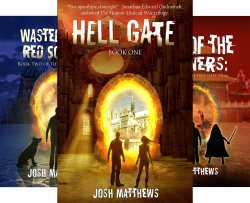 -Learn more about the series

-Check out his latest blog posts

Red Cape Publishing to Release ‘The A-Z of Horror Book Twelve: L is for Lycans’ on January 14th