The Not-So Innocents are Far From the Apple Tree.

“One of the most authentic horror films I’ve ever seen. What it accomplishes with zero jump scares, virtually no blood, and a minuscule budget is mind-numbing” Modern Horrors

‘Folk-Horror’, ‘Fantasy’ and ‘Pop Art Fairytale’ have been variously used to describe this unique independent feature starring the Netflix drama The Innocents’ Sorcha Groundsell, after its teaser release last summer.

Groundsell plays Judith, a wide-eyed and innocent artist who has been given the offer of a life time – the opportunity to live and learn from renowned occult artist, Roberta Roslin (Victoria Liddelle). In exchange for cataloguing and archiving Roberta’s visual archive Judith will be trained, moulded and prepared for her first solo exhibition. Judith soon realises however that there is more to Roberta’s offer than she initially thought as she discovers a mysterious woman hidden within the archive – Roberta’s missing daughter who bears a striking resemblance to herself.

Directed by Grant McPhee (Big Gold Dream, one of 2015’s Sight and Sound picks of the year, Night Kaleidoscope) and with a soundtrack by Shawn Pinchbeck / Rose McDowall (Psychic TV, Strawberry Switchblade, Current93) Far From the Apple Tree follows in the tradition of The Wicker Man, Alice in Wonderland and Rebecca with an added large dose of psychedelia.

Grant McPhee “I wanted to make a film that felt different to everything else around but still felt scary like a traditional horror film. It’s part Suspiria, mixed with The Velvet Underground, minimalist classical music and old fairytales. It’s meant to feel like a woozy dream mixed with sharp bursts of waking nightmares” 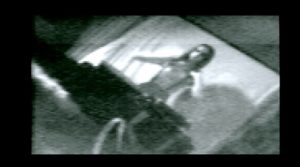 Far From the Apple Tree will hits cinemas, DVD and online platforms towards the end of the year.