This year, GRIMMFEST, Manchester’s Festival of Horror, Cult and Fantastic Film, celebrates its 10th anniversary. Get ready for decimation, with the darkest, deadliest line-up yet of wild, weird, witty, thrilling, chilling, blood-spilling movies, every one of them a premiere or cult classic of one kind or another, many with cast and crew in attendance.

But Grimmfest will also be looking back, a little nervously over its shoulder, perhaps, at a decade spent delivering top-quality cinematic carnage to the movie-goers of Manchester, and beyond. Beginning with a return to its bloodsoaked origins, and an anticipation of the future, in a special Festival Preview show on Monday 1st October…

Originally, the festival was known as “Grimm Up North”, in sardonic acknowledgement of its location, and as a declaration of support for filmmaking in the region. So what could be more appropriate as an anniversary celebration than a special North-West programme, featuring three new shorts and a retrospective screening of the film without which the festival would not even exist… Festival Directors Simeon Halligan and Rachel Richardson-Jones’s debut feature, the dark psychological horror fable, SPLINTERED, fully remastered, and in a razor-sharp new cut. From Once Upon A Time… to …Happily Ever After? Only time will tell. For now though, a chance to reacquaint yourselves with this truly Grimm Fairy Tale. 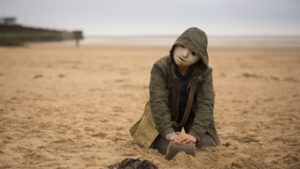 This celebration of North-West talent will also feature a special family-friendly screening of CBBC and DHX’s horror anthology CREEPED OUT. Co-creators and showrunners Bede Blake and Robert Butler will present their favourite UK and favourite Canadian episode from Season One and, if we are lucky, share an insight into what’s in store for the new series.

SOMETIMES THEY COME BACK…

Which might be why this year’s classic screening, opening the main body of the festival, is RE-ANIMATOR, presented and introduced by Grimmfest’s guest of honour Barbara Crampton, who will also be in attendance for 2 brand new films making their regional debuts: PUPPET MASTER: THE LITTLEST REICH and DEAD NIGHT. Barbara will also be receiving the first Grimmfest Lifetime Achievement Award, sponsored by Horror Channel. 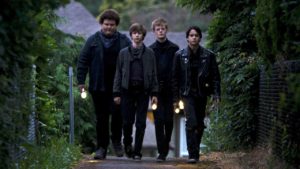 The Grimmfest Team are not ones to indulge too much in nostalgia, however. The past is dead and gone. Except when it refuses to die, of course. Or returns to haunt you. In an attempt to lay to rest any unquiet spirits, therefore, the festival is delighted to be welcoming back many of the fearsome filmmakers who have been such a major part of its bloody history over the past decade. Rob Grant (FAKE BLOOD, MON AMI) presents the UK Premiere of the truly outrageous ALIVE. Johnny Kevorkian whose THE DISAPPEARED screened at the very first festival, returns with the Northern Premiere of the claustrophobic sci-fi horror AWAIT FURTHER INSTRUCTIONS. There’s the UK Premiere of Gothic noir I’LL TAKE YOUR DEAD from Chad Archibald (ANTISOCIAL) and the Northern Premiere of SUMMER OF ’84, a bitter little antidote to all of the current nostalgia for the Eighties, from the talented trio behind Grimmfest favourite TURBO KID. 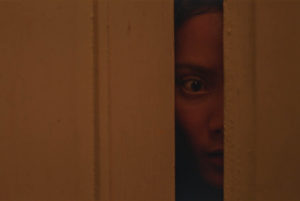 In keeping with the theme of welcome returns, the festival also presents a couple of startling cinematic reboots – or revenants if you will. Indonesian maestro Joko Anwar (MODUS ANOMALI) makes a Grimmfest comeback, with his unsettling reimagining of obscure cult oddity SATAN’S SLAVES, already a huge box office smash all over South East Asia, and now receiving its UK Premiere; while Scandinavian shock-auteurs Sonny Laguna and Tommy Wiklund (WITHER) resurrect Charles Band’s cult classic series for a new generation with the mischievous PUPPET MASTER: THE LITTLEST REICH, a Northern Premiere (and Barbara Crampton’s second film of the festival), and also treat festival goers to the World Premiere of their latest short, MYSTERY BOX. 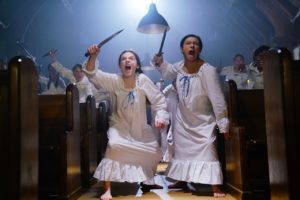 But just in case you thought this year’s Grimmfest was simply one big reunion party, there are also some Grimmfest first timers… 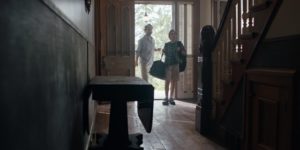 All this plus a brutal brace of short film programmes, which sees a focus on female creators and the return to Grimmfest of Faye Jackson, director of STRIGOI, another classic film from the festival’s opening year, with her new short THE WOMAN WHO HID HER FEAR UNDER THE STAIRS.

And to close… Christmas comes early, with the Greater Manchester Premiere of zombie high school musical extravaganza, ANNA AND THE APOCALYPSE, guaranteed to send you dancing off into the night…

All selected films are in the running for the previously announced GRIMMFEST AWARDS. Grimmfest recently revealed that it is partnering with film financing group BCL to offer £40,000s worth of post-production services to each of the winners of the BEST FILM and BEST DIRECTOR awards categories.

Grimmfest’s 10th edition will take place from the 4th to the 7th October at the ODEON Manchester Great Northern, UK, with a Preview Night taking place on 1st October at the Plaza Cinema, Stockport.

The full line-up can be accessed from 9am on Monday 3rd September, via grimmfest.com, where full festival passes, day passes and individual film tickets can also be purchased.